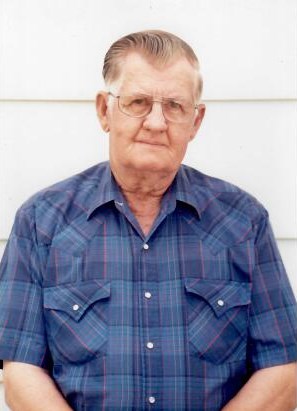 He was born October 21, 1927, in Knox County, MO the son of Jacob Axel and Nancy Price Peterson. He was united in marriage to Betty Mae Parrish on February 11, 1949 and two this union two children were born, Dan Peterson and Janice Parrish.

Victor was preceded in death by his parents, one daughter Janice Colleen Parrish Nov. 12, 2018, one sister Virginia Holman and husband Harry, two brothers, John William and Jakie Peterson.
Victor was a lifelong resident of the Hurdland community where he and his wife were engaged in farming for over 66 years. He was a member and deacon of the First Baptist Church of Hurdland, MO.

Funeral services were held on Monday, December 31, 2018, in the Hudson-Rimer funeral Home in Edina, MO. Reverend Robert Harrison will officiate the services. Burial will be in Park View Memorial Gardens in Kirksville, MO.

Musical selections were Daddy’s Hands and Go Rest High On That Mountain.

Visitation was held Monday morning, December 31, 2018, before services in the Hudson-Rimer Funeral Home in Edina, MO.

Memorials are suggested to Hurdland Baptist Church and may be left at or mailed to Hudson-Rimer Funeral Home, P.O. Box 1, Edina, MO, 63537.