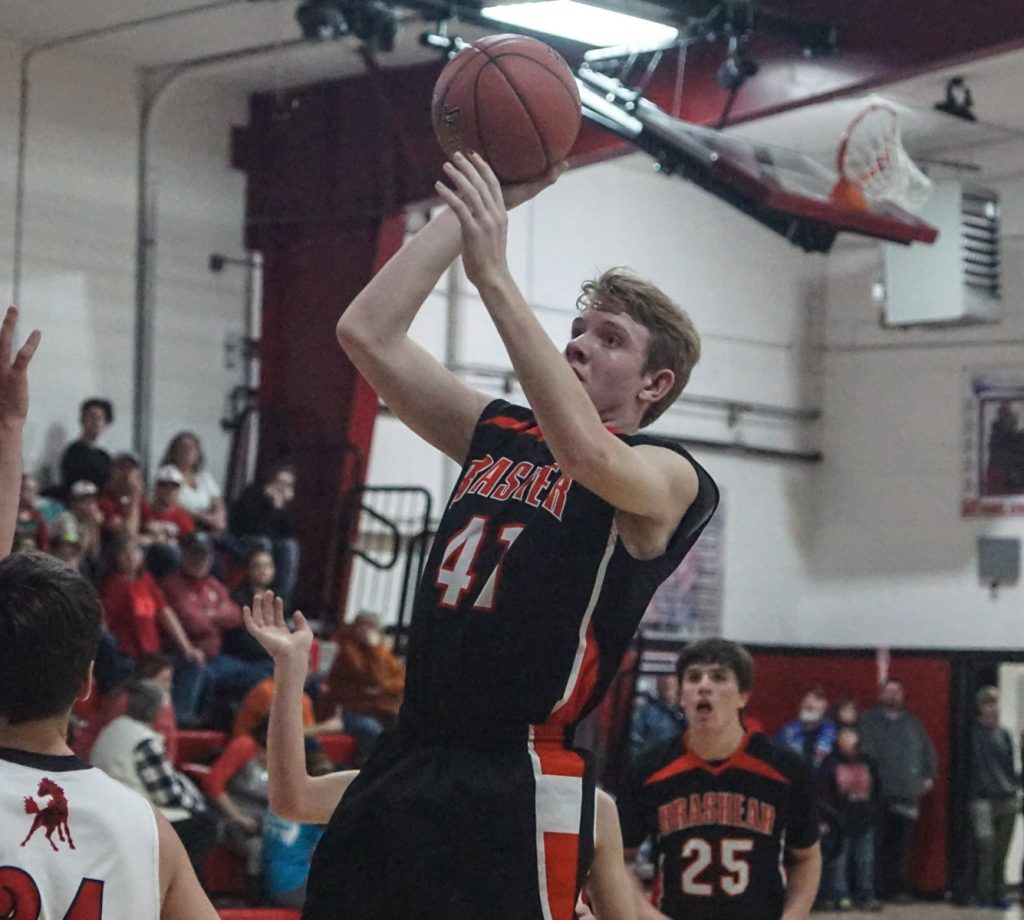 Tiger shots fell early in their January 3, 2019 non-conference boys basketball game at Marion County. Brashear opened with the first 13 straight points and powered to a 57-23 win.

The visitors singed the nets in the newly renovated Marion County gym in the first quarter. The Tigers rained down three pointers during a 23-6 run in the first period. The Tigers continued the onslaught against a youthful Mustang team, taking a 34-13 halftime lead.

Brashear (5-6) played well defensively, holding the Mustangs to six points in the third quarter and ten in the second half. Brashear held a 50-19 advantage after three quarters.

“I told the guys that they had shot well in the first half,” Marion County coach Reed Plunkett said. “I’ll take some of that. We came out in a 2-3 zone. I may have underestimated how well they could shoot the basketball.”

“We should have made an adjustment a little earlier from a coaching standpoint,” Coach Plunkett said. “They hit some shots. I was proud of my guys effort. There is no quit in my guys.”

“They have a game at Novinger tomorrow an hour and a half away. They will hop on the bus and try to do things the right way,” Reed Plunkett said. “We are young. We have some older guys that try to lead us however best they can.”

“We have some young guys that are learning a lot. They are getting some valuable minutes.”

“This is a very hostile place,” Brashear coach Michael Reeves said. “It just feels like the crowd is right on you. I thought we handled our composure very well. We shot 7 for 11 from three in the first half.”

“When shots are going in, it makes everything look a whole lot easier,” Michael Reeves said. “We just carried it through to the win.” 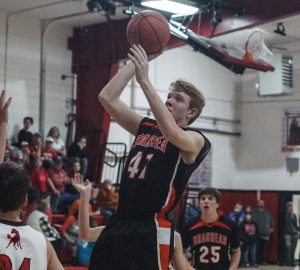 TIGERS CLAIM TWO ROAD WINS-Brandon Jochimsen jumps over the Marion County defense during a 57-23 Tiger win. Brashear evened their season record at 6-6 with a 69-58 Tri-County Conference win at Bevier. Photo by David Sharp