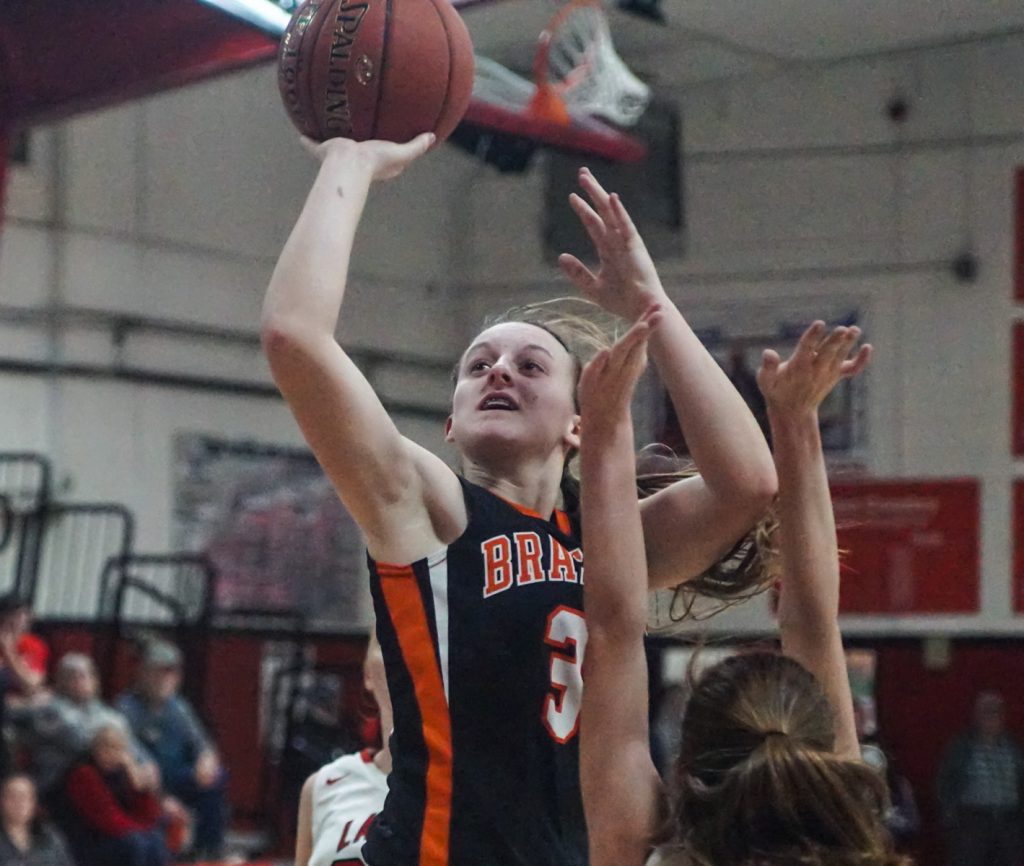 Two speedy teams made for an action packed first half during non-conference girls play at Marion County. The January 3, 2019 contest saw Brashear (9-2) jump out to 6-2 lead in the first two minutes. The Lady Tigers claimed a 48-28 win.

Brashear pressured a youthful Marion County team into turnovers. The Lady Tigers threw the ball away too often in the final five minutes of the opening period and early second quarter.

Marion County (2-9) reeled off an 11-7 spurt, tying the contest at 13 all just into the second period. Brashear led 13-9 at the first break. The Mustangs stayed within five points of the Tigers at halftime.

Brashear led 36-22 after three periods of play. Brashear had chances to put the outcome on ice, or for Marion County get back into the game. Neither could seem to get it done in a low scoring fourth quarter.

Marion County had a 6-1 streak, trimming the Tiger lead to 37-28 with 4:27 remaining. The Lady Tigers could not get field goals through the cylinder at the time but sank free throws. Brashear scored the final six points, mainly from the free throw line for the victory.

“The first half we gave up too many open looks,” Brashear coach Chris Prewitt said. “I decided to change up our defense in the third quarter. Our defense was effective in the second half.”

“I think the atmosphere was effecting us. This is a crazy place to play,” Chris Prewitt said. “This is a fun, exciting place. They have gotten a lot better. Their defense was up on us.”

“We did what we had to do to win. It was a really good win,” Chris Prewitt said. “On the road, after break. We will take it.”

Halle Keilholz led Marion County with eight points. “I think our lack of being in big games like that showed,” Marion County coach Reed Plunkett said. “It was a packed house. It was a real competitive game that we wanted to try to win.”

“At times we just mentally lost it,” Reed Plunkett said. “Brashear being a little more experienced team really took advantage of those. I thought they did a good job of scoring in some runs.”

“We really didn’t recover well enough from those runs. We couldn’t score with them,” Reed Plunkett said.