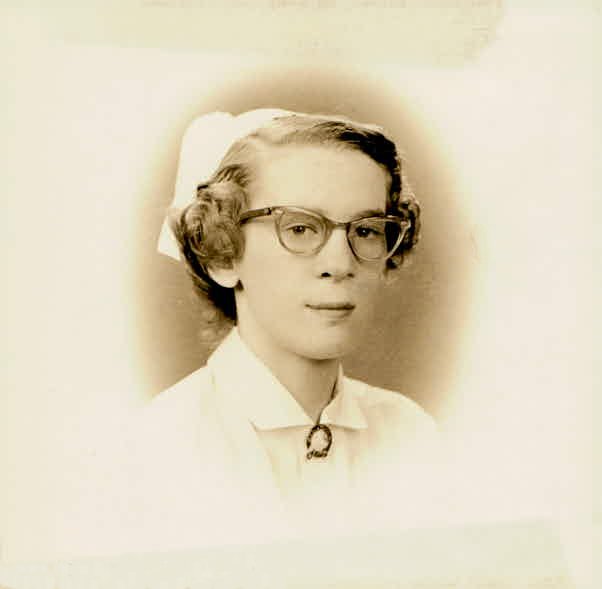 Barbara was born on October 11, 1932, the oldest child of John S. and Beulah (Walker) Simmons of Plevna, Missouri.

Barbara attended school in Plevna and graduated from Edina High School with the class of 1952.  Following high school, she attended the University of Missouri-Columbia, followed by nursing school in St. Louis, Missouri.  She was employed as a nurse in St. Louis for two years before moving to California.

Barbara had a lifelong career as an emergency room nurse and surgical nurse and was employed by The University of Southern California and several hospitals in the Los Angeles county area until her retirement in 1997.  Throughout her life she made many lasting friendships, traveled extensively, enjoyed playing bingo, square dancing, following the St. Louis Cardinals and keeping up with friends and family.

She was a member of the Nurses Association, several square dance clubs in the Downey. California area and the Mt. Salem Baptist Church in Plevna, Missouri.

She never forgot a birthday or holiday and was always an avid supporter of those less fortunate.  Barbara wanted to thank her friends, co-workers and family for all their support throughout the years and in helping her to achieve success in her career and in life.

Visitation will be Monday from 10:00 a.m. until service time at the funeral home.

Burial will be in the Mount Salem Cemetery northeast of Plevna, Missouri.

An expression of sympathy in memory of Barbara Simmons, may be left to the Knox County Nutrition Site or the Mt. Salem Cemetery. A memorial may be left at or mailed to the Doss Funeral Home, 208 N. 4th Street, Edina, Missouri 63537.

The family of Barbara would like to thank nurses and staff at Twin Pines and Northeast Regional Medical Center for their care.