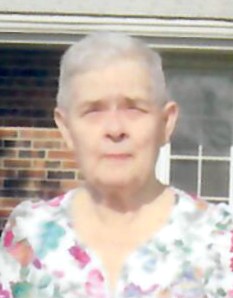 She was born March 18, 1931, in Quincy, IL the daughter of James Henry and Georgia Minnie Hamerstrum Brumbaugh.  She was united in marriage to James Samuel Wilkins on September 5, 1953, in LaBelle, MO and he preceded her in death on September 5, 2005.  Elizabeth was also preceded in death by her parents.

Elizabeth received her education in Illinois.  She was a housewife and homemaker.  She and her husband were engaged in farming west of Novelty for several years.  She had lived for a time at Knox City, MO and for the last 18 years has resided at the LaBelle Manor.   In her earlier years she was active in the School PTA.  She loved Church and taking care of the sick.  Her mission in life was to serve and share the word of Jesus Christ to everyone she knew.

Memorials are suggested to the LaBelle Nutrition Site and may be left at or mailed to Hudson-Rimer Funeral Home, P.O. Box 1, Edina, MO, 63537.