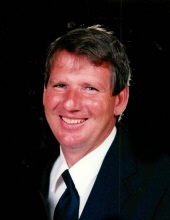 He was born July 22, 1958, in Kirksville, Missouri, the youngest son of Harvey and Doris Eyler Doss.

Wendell attended the Baring Elementary School before graduating from the Knox County High School in the Class of 1976.

On June 18, 1977, in Baring, Missouri, Wendell married Barbara Jeanette “Jan” Shultz and they celebrated more than 42 years together.

They made their home Baring, Missouri while Wendell was employed with Columbia Glass and Doors and Olatha Glass, as an installer he also returned to Baring, Missouri to help on the family farm. Wendell opened D & H Improvements in Kirksville, Missouri, in 1995 and he drove for Fidlo Parrish, Sisbro, and First Fleet until his retirement to the farm.

No matter what he was doing with other jobs, Wendell always enjoyed the work on the farm and tending to the feeder calves. His biggest love was spending time with his family and especially his granddaughter, Sophie Jane.

He was a member of the Baring Community Church and the Baring Country Club, where they made their home for a number of years before moving to the farm three years ago.

Interment will be in I.O.O.F. Cemetery at Hurdland, Missouri.

Memorials are suggested to the First Responders at the Baring Fire Department. Memorials may be left at or mailed to Doss Funeral Home 208 N. 4th Street, Edina, Missouri 63537.