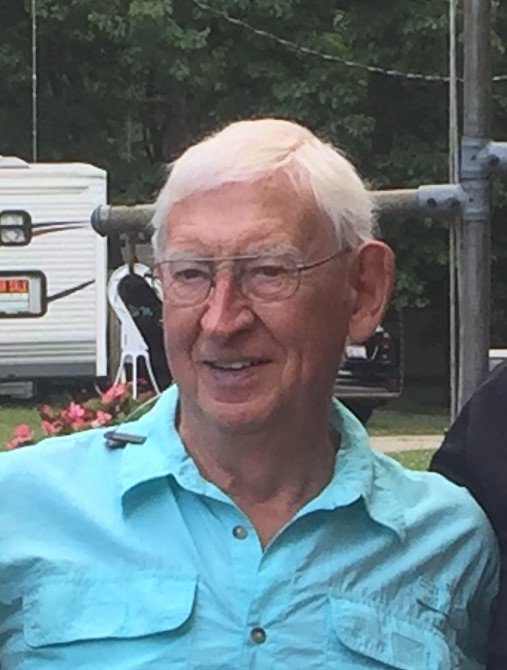 Harry G. Little, age 77, of Peoria Heights, passed away on Tuesday, February 12, 2019 at OSF St Francis Medical Center in Peoria, surrounded by the love and comfort of his family.

Surviving are his wife, Rosann; his son, Mark (Amber) Little of Hanna City, IL; his daughter, Suzanne (Corey) Schalber of Peoria, IL; his grandchildren, Ethan Ruby, Parker and Zachary Little, and Austin and Lindsi Schalber; his brother, Jack Little of Kirksville, MO and his niece, Christy Little of LaBelle, MO. He was preceded in death by his parents and his sister, Betty Little.

Harry served in the U.S. Army during the Korean Conflict and then went to work for Caterpillar until he retired in 1995. Harry was a member of the Peoria Heights American Legion, the Peoria Heights Booster Club and the Peoria Heights School Board, where he served as President. He was a part of the Greater Peoria Honor Flight, coached and was director of the Girls Junior Basketball League and was a Cub Scout Leader. Harry was an outdoorsman and avid fisherman. There are many fond memories of camping trips, golf cart rides and fishing trips. He was an avid fan of the greatest team in baseball, the St. Louis Cardinals.

Cremation rites will be accorded and per Harry’s wishes there will be private family grave side services with burial of ashes at Swan Lake Memory Gardens in Peoria. At a later date there will be a Celebration of Life for all his family and friends. The family extends a heartfelt appreciation to Dr. Michael Gulley for the tender care he provided. The family would also like to thank the physicians and nursing staff of OSF St. Francis Medical Center for their compassionate care. Memorials may be made to the Greater Peoria Honor Flight through www.greaterpeoriahonorflight.org Arrangements were handled through Cumerford-Hurd Funeral Home in Peoria.