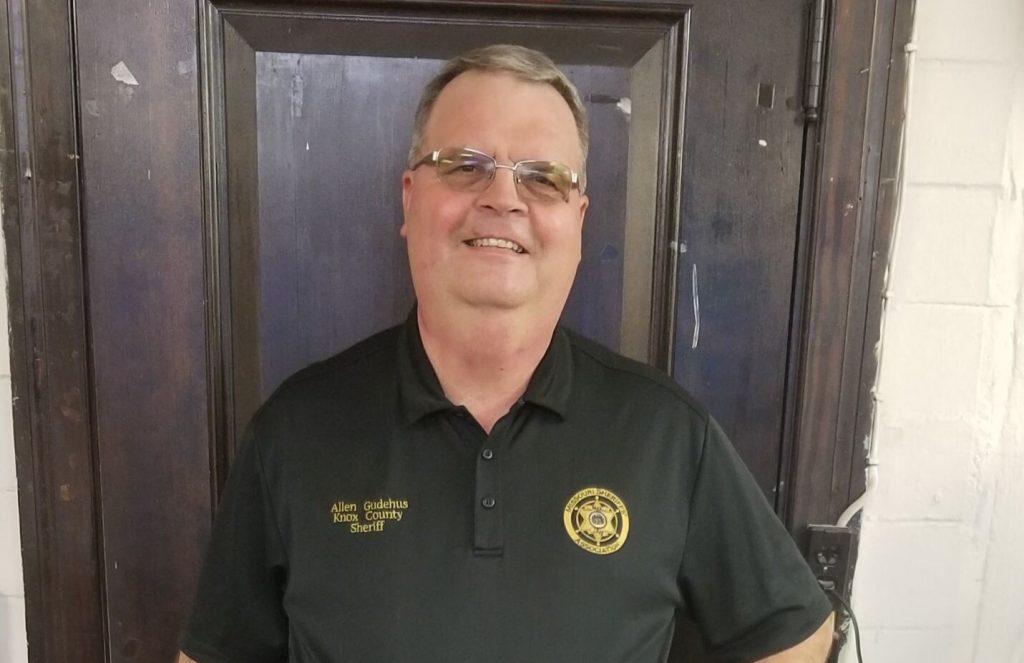 Only 176 voters turned out, out of 2,575 total registered voters in the county. Voter turnout was 6.83 percent.

The current Knox County Sheriff Allen Gudehus received 173 votes and 98 percent of the vote. Three votes were cast for write-ins.

Between Hurdland, Newark and Novelty, which hosted the lowest numbers of voters, only 26 voters made their way to those polls. Each of the three polling locations averaged less than one voter per hour throughout the 13-hour special election with 11 ballots cast in Hurdland, seven cast in Newark and eight cast in Novelty.

Knox City averaged one ballot cast per hour with 13.

The two remaining precincts, Baring and Edina, hosted 34 and 68 voters respectively, and 35 absentee ballots were cast.

Sheriff Gudehus will remain in the office for the duration of the current term, which ends in just under two years at the end of 2020.

See the complete results provided by the Knox County Clerk’s Office below: 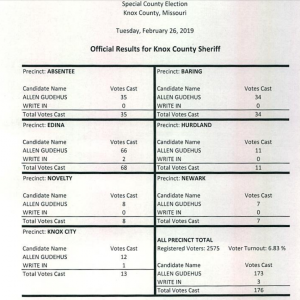 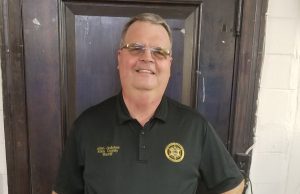