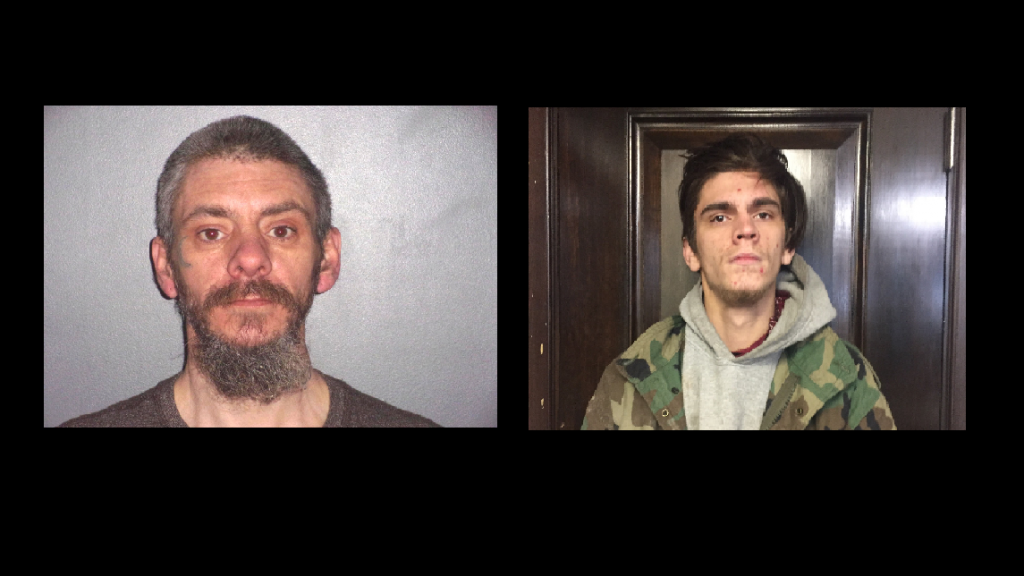 Edina, MO – Saturday, March 2, 2019 – An encounter with law enforcement overnight on Friday has led to the arrest of a father and son duo.

Ameal Sturgeon, 21*, of Edina, was pulled over by an Edina police officer in the early morning hours, at approximately 3:00 a.m., on Friday, March 1, for traffic violations following a harassment complaint.

Sturgeon was allegedly driving with only one headlight and was found to be driving without a license.

He and another individual were taken in for questioning before being released with a ticket for driving without a valid license.

“A subsequent investigation resulted in warrants being sought for felony possession of a controlled substance and possession of 35 grams or less of marijuana,” said Edina Police Chief Ryan Bishop.

An arrest warrant was issued for Ameal Sturgeon Friday afternoon. On Saturday morning, Ameal and his father, Aaron Ray Sturgeon, 42, of Kirksville, were being driven to retrieve the vehicle impounded during the original traffic stop when both were taken into custody.

“A traffic stop was made and both were taken into custody at that time,” said Chief Bishop. “The father had a felony warrant for his arrest out of Adair County for non-payment of child support. Neither of them had a valid license.”

The father, Aaron Sturgeon, was taken to the Adair County Jail. He is being held on a cash only bond of $8,790.83.

*Correction: Ameal Sturgeon was reported to be 19-years-old, which was incorrect. He is 21-years-old.