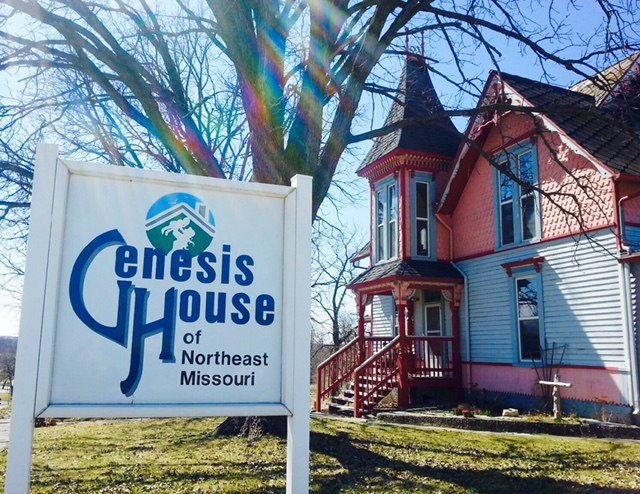 Edina, MO – Thursday, March 7, 2019 – The Genesis House of Northeast Missouri, a ministry home for mothers in crisis, is closing its doors. The surrogate family who lives there is scrambling to find other living arrangements.

According to the last remaining executive board member, Genesis House Treasurer Denise Brechue, the ministry will officially close on April 30 and the house will be put on the market as early as April 1.

On February 23, a scant four-member Genesis House Board of Directors voted to end the ministry, thus closing the home mainly due to lack of money needed to continue operations.

“It is (sad),” said Genesis House Treasurer Denise Brechue. “For those who have been involved in the Genesis House since its inception, it’s heartbreaking.”

According to Brechue, the annual operations cost of The Genisis House is roughly $70K to $75K.

“Even with the banquet that we had and the fundraisers we hosted, our total was about $26K per year,” said Brechue.

The NEMO Genesis House ministry has also been plagued by the inability to attract and retain board members, volunteers, staff and even clients along its journey, though many individuals have put in countless hours of sweat, and sometimes tears, into its realization. Volunteers, organizers, and donors were driven by its mission – to provide a safe and loving home for mothers and babies in crisis, and ready those in its care to become self-reliant mothers and productive members of society.

“This decision was not made lightly. We have done a number of things to try to keep it afloat. It hasn’t worked as well as we hoped,” said Brechue.

The family living in the home, strewn together by the Genesis House mission, are now struggling to find places to live in Knox County. All of them have grown a root in Knox County including a teenage daughter in school and a single mother with a full-time job.

“I want my daughter to finish school here,” said House Mother Donda Miller. “We’re doing everything we can to find everyone a place to rent.”

The newest arrivals to the ministry, a young mother and newborn baby, moved in nine months ago. At just the halfway mark to completing the program, the duo will be put out by the closure as well. Fortunately, her time in the home and with the ministry has been part of a newly forged path. She is leaving the home gainfully employed, thanks to the efforts she has made to improve the life of herself and her child.

In January, another Genesis House mother completed the program and has chosen to remain in Knox County as a productive member of society.