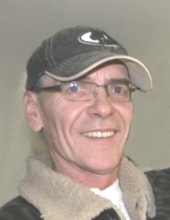 Delbert was born on July 30, 1960, near Knox City, Missouri, the son of Charles Edward and Bertha Marie Corbin Anderson.

He graduated from Highland High School, near Ewing, Missouri, in the Class of 1978.

Delbert worked in Texas for a time for SiesPro before returning to Northeast Missouri where he worked in the maintenance department at Charles Industry and then as an ammonia service technician at Wellness Meats both of Canton, Missouri. In his spare time he enjoyed working various side jobs such as carpentry, roofing and remodeling.

He enjoyed playing golf, bowling on leagues (he once scored 299), he participated in all sorts of sports related betting pools but his favorite was playing Fantasy Football “8 time champ!” he also enjoyed playing pool, riding horses, hunting and fishing.  Most of all, Delbert loved spending time with his family, especially his grandchildren who were his pride and joy.

He was preceded in death by his parents; a son, Dusty Ray Anderson; and a brother, Ronald Anderson.

Visitation will be on Tuesday from 10:00 a.m. until service time at the funeral home.

Interment will be in the Knox City Cemetery, in Knox City, Missouri.

An expression of sympathy in memory of Delbert Anderson may be left to the Family’s Wishes.  A memorial may be left at or mailed to the Doss Funeral Home 208 N. 4th Street, Edina, Missouri 63537.