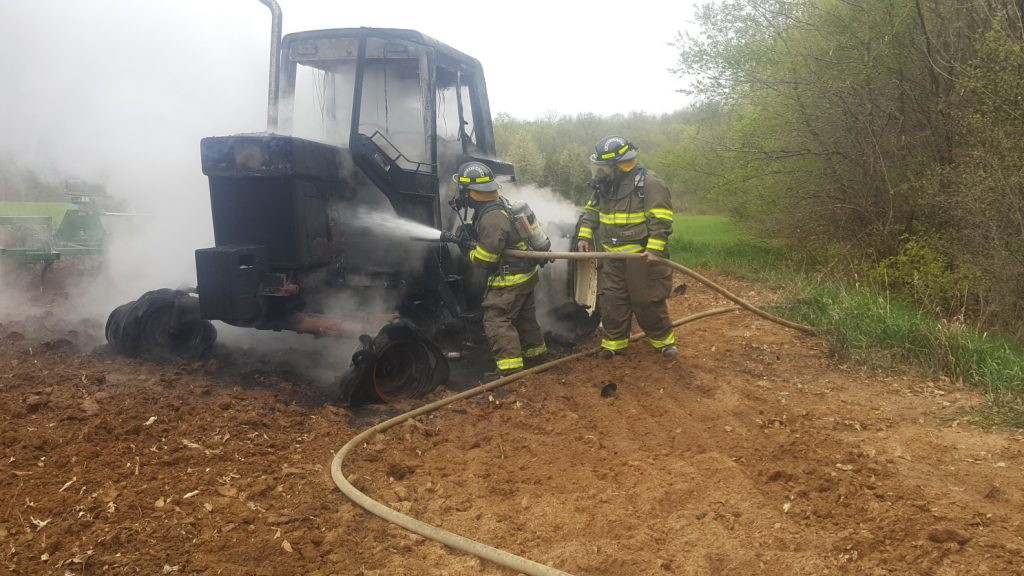 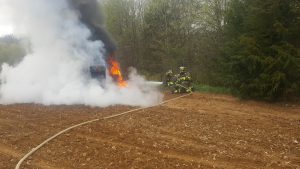 On Tuesday morning, April 23, at 9:19 am, a tractor fire was reported at the Lynn Sinclair farm to the Clark County Dispatch Center. The Clark County Fire Corporation responded with one engine, an equipment truck and 9 firefighters as well as 2 brush trucks in case of access issues.

When departing Kahoka, heavy black smoke was observed in the distance.  On arrival, the tractor was found, fully engulfed with flames, but had not yet spread to the towed trailer. Two firefighters, outfitted in full protective equipment, quickly pulled a pre-connect attack line to extinguish the fire. Once the fire was out, the firefighters continued to cool the apparatus, so the owner could remove the trailer from the area.  The tractor appeared to be a complete loss, sustaining significant damage throughout, but only minimal damage was apparent to the trailer.

The Clark County Fire Corporation wishes to thank the neighbors and Clark County Dispatch for their presence and assistance, as well as the volunteer firefighters who responded to the call. 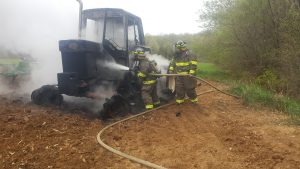