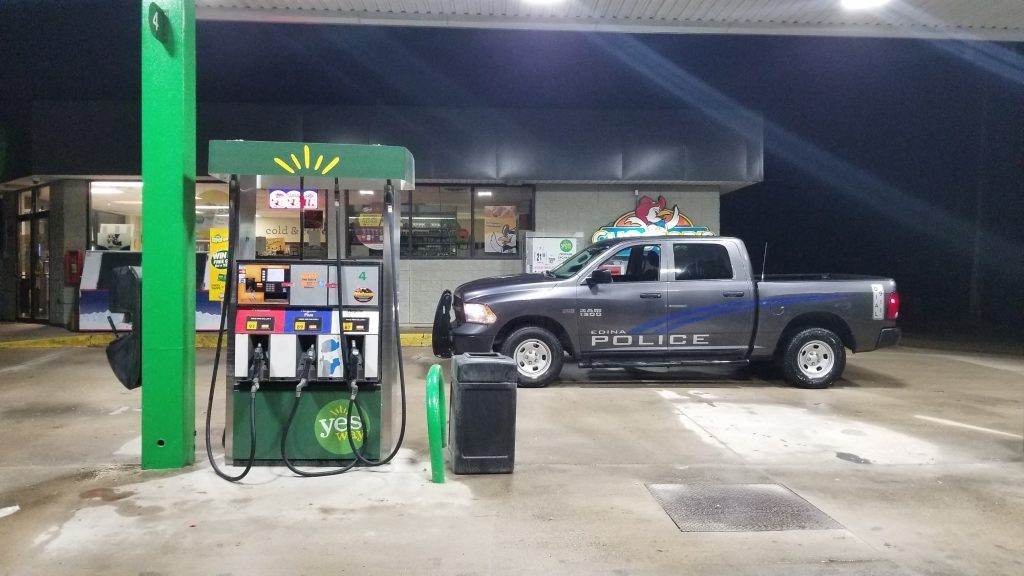 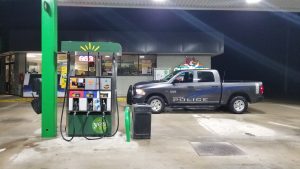 Skimmers were found on either side of this gas pump station in Edina, Missouri on Tuesday, May 7, 2019. Photo by Echo Menges

Edina, Missouri – May 7, 2019 – Police are warning customers of an Edina gas station and aking them to check their credit and debit card accounts for fraudulent transactions, after two card skimmers were found in “pay at the pump” credit/debit card machines. 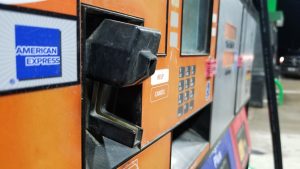 A card skimmer was found in this card reader at an Edina, Missouri gas station on Tuesday, May 7, 2019. Photo by Echo Menges

On Tuesday evening, around 5:30 p.m., the Edina Police Department was dispatched to the Yesway gas station, formerly known as Pick-a-Dilly, on the southwest corner of Lafayette Street and the Highway 6 and 15 junction, after a skimmer was found inside one of the credit/debit card readers at a gas pump. 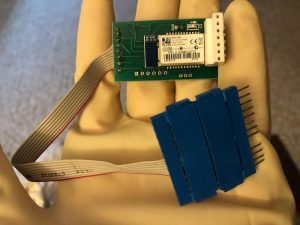 This skimmer was found in the card reader of an Edina gas pump on Tuesday, May 7, 2019. Photo courtesy of the Edina Police Department

The skimmers were discovered because a pump at Yesway had not been working properly. A technician was called to fix the machine and found one of the skimmers inside.

“He stopped right then and called his supervisor who advised him to call the police,” said Bishop.

After police arrived, another skimmer was found on another pump at the same location.

“There were two different skimmers on two differed pumps. One of those pumps wasn’t working properly. The skimmer could have malfunctioned and caused the card reader at the pump to malfunction,” said Bishop.

Fraudulent transactions have already been reported by local customers.

“I can confirm one of the local banks had fraud reported and Yesway was a common denominator in those transactions,” said Bishop. “We know there have been illegal transactions reported at Walmart locations in Kirksville, Columbia, Jefferson City and Lake of the Ozarks within the last 48-hours. The perpetrators are thought to be making new cards with the stolen information. It’s pretty sophisticated for around here. It’s not a low-tech operation, I can tell you that. One of the illegal transactions made was within an hour of the customer using their card at Yesway.”

Police are investigating whether the skimmers were accessed remotely or had to be removed to obtain the customers’ information, and how long the scam has been going on.

“I contacted the Missouri State Highway Patrol Division of Drug and Crime Control and they are going to be involved. They will contact their Digital Crimes Division. This will be a multi-jurisdictional incident. Edina is not technologically equipped to handle a crime of this nature without outside assistance. We’ve also been in contact with other jurisdictions where the fraud took place, so far, and they are trying to gain surveillance footage of the suspects.”

Police want the public to be on alert for credit and debit card fraud.

“People who have purchased fuel at the pump at Yesway need to check their banking records and report any fraud to their financial institution so they can flag your card for fraud and stop any future transactions,” said Bishop. “If two skimmers were found in Edina, there is a good chance other skimmers could be in the area.”

According to Bishop, police have notified other Edina locations with easily accessible credit/debit card machines.

Anyone with information about the theft of the credit/debit card information in Edina is asked to call the Edina Police Department at (660)397-3251 during business hours or (660)385-1911 after hours.