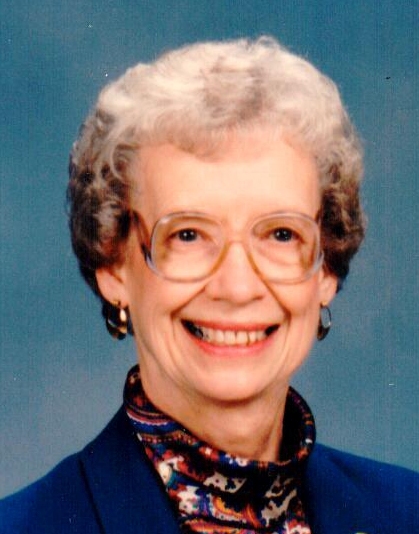 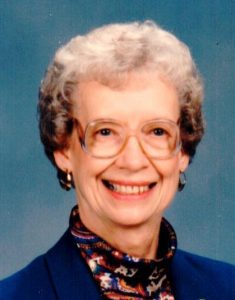 Wilma R. Epperson Krone, 93, of Hermann, MO, passed away May 8, 2019 at Frene Valley of Hermann Stonebridge.

Wilma was born in Kirksville, Missouri on May 15, 1925, a daughter of the late Geenup Roy & Nellie Marjorie (Botts) Epperson.

Wilma went to high school in Novelty, Missouri.  After graduating high school she attended Northeast Missouri State College in Kirksville, where she received her Master’s Degree. She received her degree in Business Education and she worked in several businesses for several years giving her the back ground to become a business teacher.  She was a high school business teacher for a total of 35 years in Iowa and Missouri.  She also worked for the FBI for six years.

Wilma was a member of the Hermann United Methodist Church, the Methodist Women, of Delta Kappa Gamma, and the Missouri Retired Teachers Association.  Wilma had a life-long love of cooking, reading, traveling, doing crossword puzzles and teaching.  She enjoyed keeping in touch with her former students. She was a gracious presence in the world, one that will be greatly missed.

Wilma is survived by a step daughter, Rebecca Hubbard, of Lee’s Summit, Missouri; a niece, Beth Fralicx & husband Ronald, of Foristell, Missouri; a nephew, Joseph Epperson, of Kirksville, Missouri, by cousins, and many friends.

She is preceded in death by her parents, her first husband Sylvan Krone, and her second husband Eugene Hubbard.

Burial will be at Immanuel United Church of Christ Cemetery, Holstein, Missouri.  Memorials may be given to Hermann United Methodist Church in care of Toedtmann & Grosse Funeral Home.