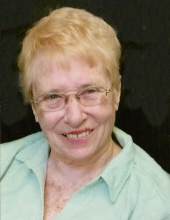 Betty Louise (Campbell) Bergman, 85, of Kirksville, Missouri, formerly of rural Novelty, Missouri, passed away Tuesday, June 11, 2019, at The Arbors in Kirksville, Missouri.
Betty was born on August 18, 1933, in Newark, Missouri, the daughter of Clay Roles and Beulah Morton Rudd Campbell.
She graduated from the Edina High School in the Class of 1951. Betty then received a teaching degree from the Northeast Missouri State Teachers College, in Kirksville, Missouri. Betty continued her education in St. Louis, Missouri, and received her Master’s Degree in Education from Webster College.
Teaching was Betty’s passion and she taught for more than thirty-four years, in Keokuk, Iowa, Newton, Iowa, and Hazelwood Schools in Florissant, Missouri, where she met her future husband.
On July 28, 1978, in St. Charles, Missouri, Betty married Glen Lewis Bergman and they returned to Knox County to make their home.
Betty retired from the Knox County Schools in Novelty, Missouri in 1986.
She had been a member of the Plevna Christian Church in Plevna, Missouri, and the Novelty Tuesday Coffee Club, and enjoyed painting, glass etching and word searches. Betty’s glass etchings can be found hanging on the walls and sitting on shelves in many homes throughout Knox County and surrounding areas. Betty also had a great love for her dog “Bella” and her many cats.
Betty is survived by her step-children, Glen Anthony “Tony” and Denise Bergman of Maryville, Illinois; David Lewis Bergman of St. Peters, Missouri; Suzanne Patricia and Dan Trapp of Florissant, Missouri, and Dino Pilade Bergman of St. Peters, Missouri; four step-grandchildren; a brother-in-law, Everett Grant Parsons of Edina, Missouri; nieces and nephew, Mary Ann and Terry Epley of Quincy, Illinois; David Parsons of Edina, Missouri; Lois and Bryan Dover of Kirksville, Missouri; and Janet Sullivan and Bill Lotton of Mattoon, Illinois; along with numerous great nieces, nephews, cousins and a host of friends, including the residents and staff at The Arbors in Kirksville, Missouri.
She was preceded in death by her parents Clay and Beulah Campbell; her husband, Glen Bergman on December 26, 2004; and a sister, Sarah Grace Parsons on December 27, 2005.
Funeral Services were held Saturday, June 15, 2019, with Dave Krueger officiating for the services and music provided by Martha Marie Huse and Marsha Pinson, at the Doss Funeral Home in Edina, Missouri.
Burial was in the Newark Cemetery in Newark, Missouri, with Joe Allen Moyer, Jim Pinson, Jerry Poor, Donald Hall, Dennis Bradley, and Ernie Hall as casket bearers.
An expression of sympathy in memory of Betty Bergman may be left to the Newark Cemetery Association or to the donor’s choice. A memorial may be left at or mailed to the Doss Funeral Home208 N. 4th Street, Edina, Missouri 63537.