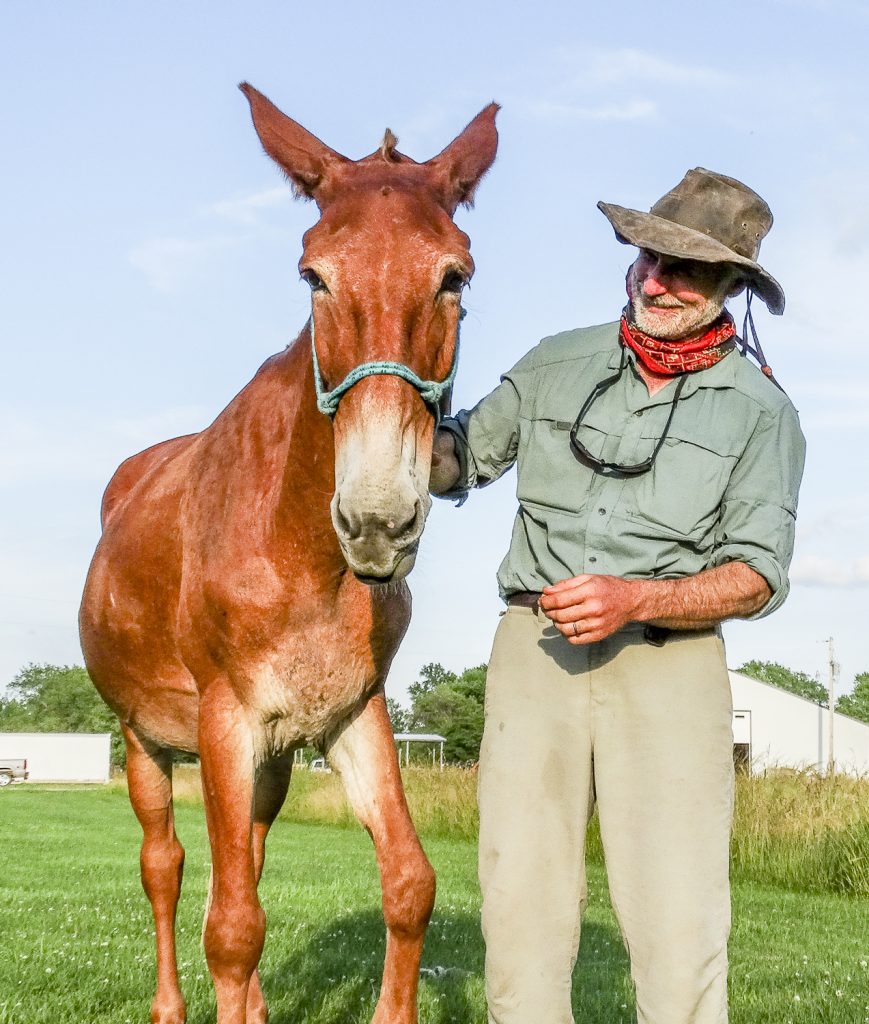 Bernie Harberts, 51, and his mules, Brick and Cracker, attracted some attention when he stopped for a rest in tiny Novelty, Missouri. It’s not every day a traveler traveling by mule makes an unexpected appearance.

The travelers have been on the road since leaving their home in Lenoir, North Carolina, nearly two-and-a-half months ago.

“I show up and I know nobody and I meet three kids shooting basketball by the post office and they’re like ‘go to the park,’” said Harberts.

Harberts got to know quite a few towns folk pretty quickly who made sure he was okayed to stay the night at the park.

After meeting the neighbors for the night, basically everyone who lives anywhere near the Novelty Town Park, he pitched his tent under a shade tree and was treated to a home cooked steak dinner.

“I walked from North Plevna to here and I was ready to chew on a leg,” laughed Harberts. “I came through Newark and spent last night in Steffenville and before that – West Quincy.”

Harberts has traveled about 800 miles in about 70 days on his way to Idaho to see his brother-in-law. This isn’t the first adventure he’s traveled by way of mules. He’s traveled all over North America.

“I’d like to be there by October,” said Harberts. “The first trip was 14 months and the second trip was 13 months.”

Harberts, a lifelong traveler, has also traveled the world by boat, which was a five-year excursion.

He will travel about 1,400 more miles to his destination.

Along the way, he has met all sorts of people and experienced great kindnesses.

This story was published in the June 26, 2019, edition of The Edina Sentinel