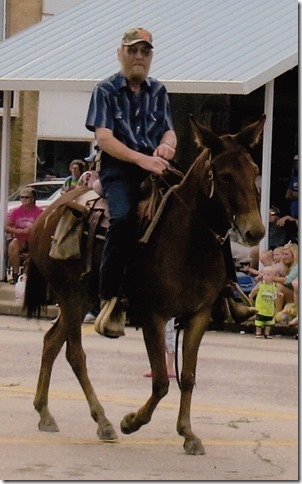 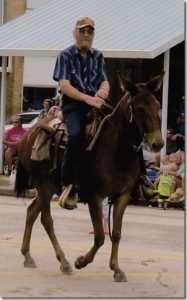 David Lee Robertson, age 63, of Wyaconda, MO, died Sunday, August 11, 2019 at Boone Hospital Center in Columbia.  He had been in declining health for several years.

David was born December 30, 1955, in Keokuk, IA to Jim and Joy Young Robertson of Wyaconda, the third of their four sons.  He graduated from Wyaconda High School in 1973 and from Trenton Junior College in 1975.

During his youth, he was a 4-H Club member and with his brothers showed cattle and hogs every year at the Clark County Fair.  Later, he enjoyed working with and riding mules with his father and nieces, to whom he was devoted.  He was a lifelong farmer and for many years a rural mail carrier in the Wyaconda area.

Survivors include two brothers, Jim Robertson (Debbie) of Columbia and Dennis Robertson (Mary Ann) of Blue Springs; his sister-in-law, Kathy Robertson of Wyaconda; niece Kate Richmond (Danny) of Memphis, to whom he entrusted his care; and several other nieces, nephews, and great nieces and nephews who held him in great affection.  He had a special relationship with his great-nieces, Nova and Penelope Cline of Memphis.

David was preceded in death by his parents, a brother, Bill Robertson, and his aunt, Margaret Horn of Memphis, TN.

Funeral services were held Saturday, August 17, 2019 at 10:30 a.m. at Wilson Funeral Home in Kahoka with Pastor Paul Harvey officiating.  Special music was “Who’s Going to Fill Their Shoes”, “The Dance” and “The Cowboy Rides Away”.

Visitation was held on Saturday from 9:30 a.m. until time of services at 10:30 a.m. at Wilson Funeral Home.