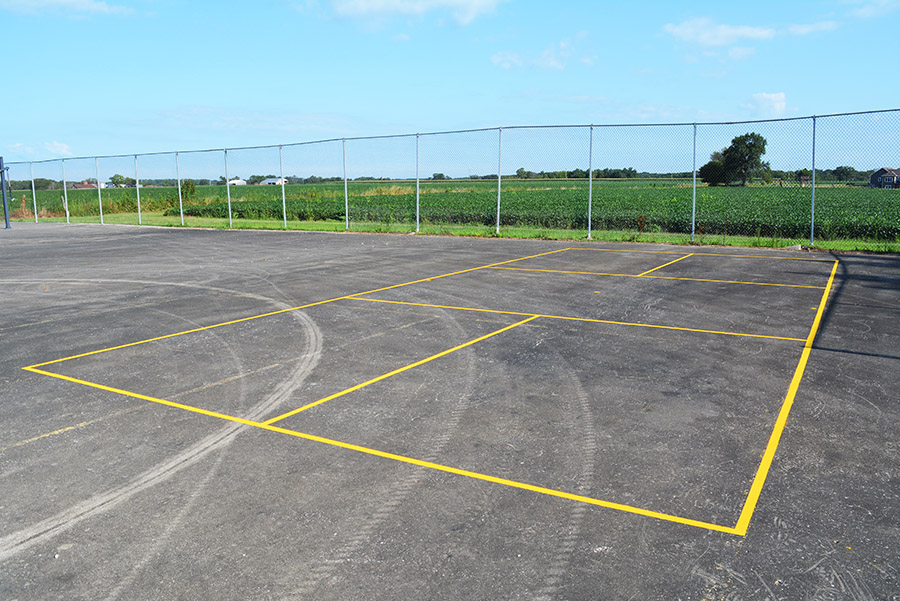 Have you ever heard of a game called Pickleball? Have you ever wondered what it is? Or how it is played? To begin answering these questions we start with a look at what the game of pickleball is.

Pickleball is a game that had been made in 1965 on an island in Seattle, Washington, by some children that were bored and wanted something to do, according to Barney McCallum, one of the children that created the game. He said that, “it was named after the Pritchard’s’ dog Pickles”, who liked to chase the ball and run with it, so they decided to name the game, “pickleball”.

Pickleball, can be seen as a sport that has the combinations of the different games of tennis, badminton, and ping-pong, and is played inside and outside on a badminton-sized court with a net that is a little different compared to the regular sized net. It is played with a paddle that has holes in it, and can be played with doubles or singles.

A pickleball paddle is smaller than a tennis racquet, yet larger than a ping-pong paddle and made of different materials that are lightweight materials such as aluminum and graphite. There will also need to be a net, and a pickleball, which has holes through it that looks like a whiffle ball.

The age of an average pickleball player, according to pickleballportal.com, (75% of core players are 55 and older and these players are defined as being the players who play eight or more times a year). This is for all ages.

“It’s a lot of fun,” said Monte Morris, a retired Clark County R-1 teacher who, with his wife Jane, is responsible for bringing pickleball to Kahoka.

“I used to play a lot of tennis, but that’s gotten harder as I’ve aged. pickleball is fast-paced on a much smaller court,” he said.

Pickleball is easy to learn, the scoring is intuitive, the court is smaller and can be mobile, it provides a great way to meet others and be social, has a lot of health benefits for the exercise, and is not expensive to play, according to pickballmax.com.

This game is now grabbing local attention. Last year, the Morris’ received permission from the City of Kahoka to repaint one of the old tennis courts at O-Mak-O-Hak Park.

Last week, the Morris’ completed that task. The new pickleball court is the old east tennis court, north of the swimming pool.

“Tennis courts are under-utilized all over the country. There just aren’t as many people playing anymore,” said Morris.

“We’ve purchased equipment that will be available for checkout at the Sever Library, said Morris. “I hope the city will consider purchasing a permanent net and painting more courts if this catches on here.”

Anybody wanting to learn about the exciting sport of pickleball, are invited to watch exhibition matches at the new Kahoka pickleball court, scheduled from 6-8pm on Thursday, August 22, 2019, and also from 9-11am on Saturday, August 24. 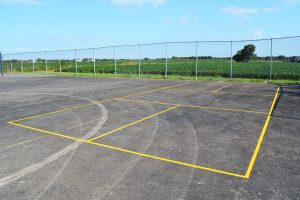 If you build it, they will come–The City of Kahoka now has a pickleball court at the tennis courts at O-Mak-O-Hak Park. Demonstration pickleball games will be played Thursday evening and Saturday morning. Come out and learn about a fun new sport.

If you have any questions about the exhibition matches or anything else about Kahoka pickleball, please direct them to montejane@gmail.com.