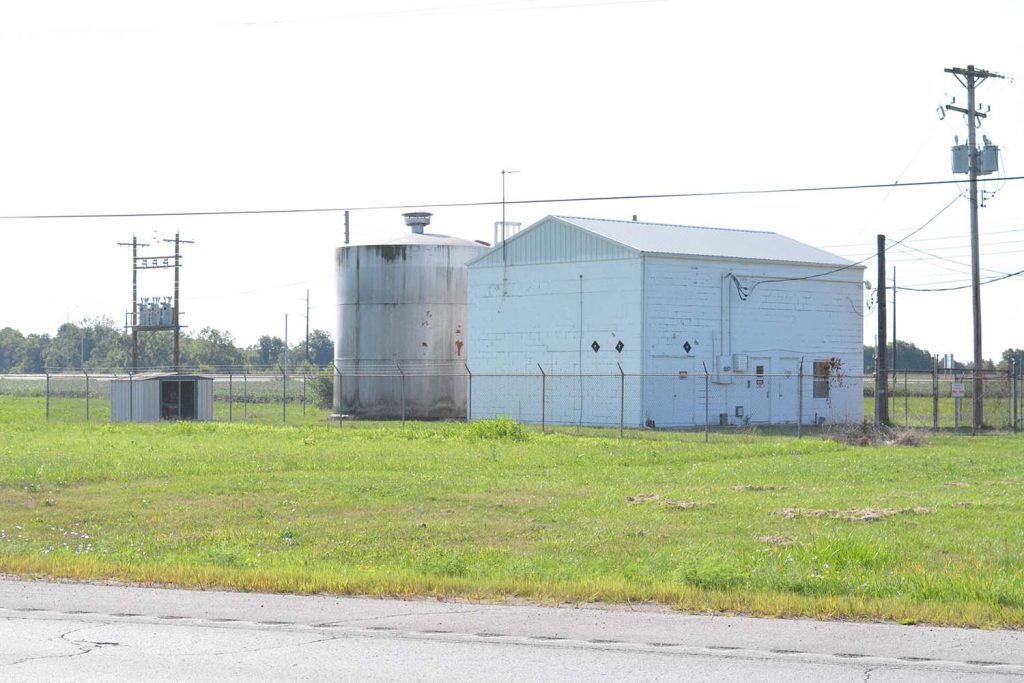 The City of Kahoka is taking the first steps to clear up a nagging water quality issue. At their Monday, August 12 meeting, the city council heard from Steve Hausner, an engineer with French Renecker.

“Customers have been complaining about dirty water,” Hausner said. “We noticed that the dirty water lasted a long time during flow tests. That indicates the presence of iron, manganese, or both. New tests show both iron and manganese in the water coming out of the wells.”

The City of Kahoka operates three wells at a site along Highway 136 near Wayland. Water is pumped from the wells into a holding tank where chlorine and fluoride are added. A phosphate is also added to bind the iron and manganese, so they settle out. Water is then transported to Kahoka in an underground pipeline to the water tower on the east side of town, and then distributed to homes and businesses.

To address the cloudy water, the city is considering some kind of filtration system.

“Records show that at the time the water plant was built, a aerator and filter system were recommended, but it obviously wasn’t done,” Hausner said.

The city has asked for an engineering study to see to look at the entire system-source, pumping and distribution.

“The study will focus on water quality and develop treatment alternatives” Hausner said.

“I think it’s something that we have to address,” said Alderman Joe Roberts. “The water has been one of our biggest complaints.”

Hausner noted that engineering report will be required by the Department of Natural Resources, as will any potential project financing sources.

“We’re not eligible for most grants because our rates are high enough,” said Mayor Jerry Webber.

Water rates in Kahoka were nearly doubled in 2016.

“We can look at financing through CDBG (Community Development Block Grant) or a USDA Rural Development loan,” Webber added.

“No matter what we do, we’re going to need this report,” concluded Roberts.

The board approved spending $23,800 for the report.