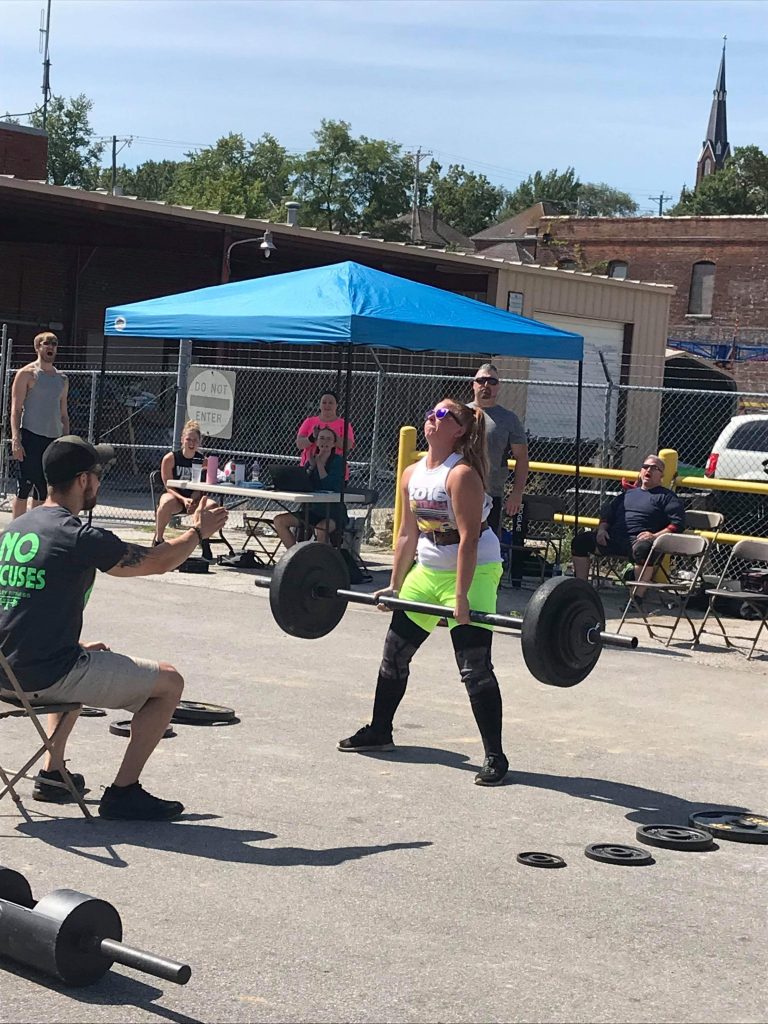 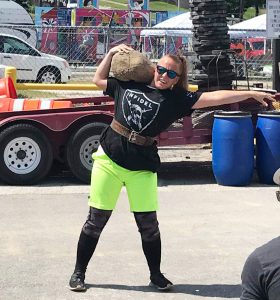 Gloria Shannon with the competition of the boulder on her shoulder.

Over the weekend, on Saturday, Aug. 24th, 2019, in Keokuk, Iowa, there was an event that was held for the first time, called the Big Dam Strongman Competition.  But, what is exciting to report, is the fact that one of our local teens from Kahoka performed in this competition for her first time.

Both of these women compete regularly.  Before this competition, Gloria had been lifting with her weight lifting coach, Matt Moore, also of Kahoka.

Other people from Kahoka that were in the competition as well, were Donovan Smith, and Matt Moore.

While doing the competition, Gloria lifted different items that weighed significant amounts.  She lifted a tractor tire, and what she had to do with it, was she had to flip it back and forth as many times as she could within a minute.

The next competition was with a barrel that was a 55 gal. size barrel and it was filled with 70lbs. of sand within it, and what she had to do with this was, she had to carry it back and forth between two cones as fast as she could within a minute.

Another competition that she did was, she did a deadlift, she had maxed out at 210lbs. with the deadlift.  There was a competition with a log roll, she attempted to do the log roll, it was a tough one.

The last lift she did was lifting a boulder that she was able to do successfully, by placing it onto her shoulder before the boulder broke when she dropped it.

She was the only person to be able to lift the whole rock together upon her shoulder due to the rock breaking where the other girls had to try to pick up pieces of the rock afterward for their turns with the rock.

I interviewed Gloria to get her intake on what her perspective was on the competition.

I asked her, “What encouraged you to start lifting weights?”

She replied, “Weight lifting is required for softball which I play, but, I wanted to challenge myself by taking it to the next level.”

“How did you find out about this strongman competition?”

She said, “I found out about the strongman competition from my weight coach, Matt Moore, who is very involved with competitions around the Tri-State area.”

“Was it what you expected?”

She said, “No, it was not what I had expected because, I was expecting it to be in a building or gym and it was outside, and it was a friendly and welcoming environment.”

“And, that is what I liked about it because they were all engaged in a positive way.”

“When you were doing the competitions did everything go as planned?”

“I did not have any certain plan, I only had one goal.”

“My goal was to complete every activity provided.”

“I accomplished my goal but, I feel like it could have gone a little more smoothly than it did for me.”

“I am just very thankful that I have my friends and family to support me as well as my weight lifting coach, Matt Moore.”

“They pushed me to do better when sometimes I did not think I could do it.”

“Whenever I get to a point in my life where I feel like I can go no further, I turn to my favorite bible verse, Philippian’s 4:13, and this explains that when you have Christ in your life, you can conquer whatever life throws at you, this motivates me to do better and push myself, I want to make my family and friends proud.”

When asked if she is going to do this again she said, “I have already gone this far to stop, so, yes I am going to continue going to any lifting competitions that are within the Tri-State area that I hear about.”

Gloria, Shannon is the daughter of Matt and Denise Shannon from here in Kahoka, Mo. 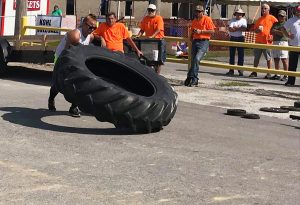 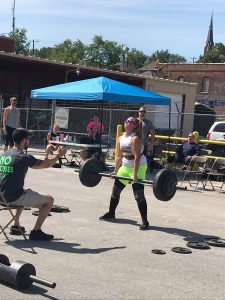 Gloria Shannon doing the competition with the deadlift, as Matt Moore stands behind her cheering her on.