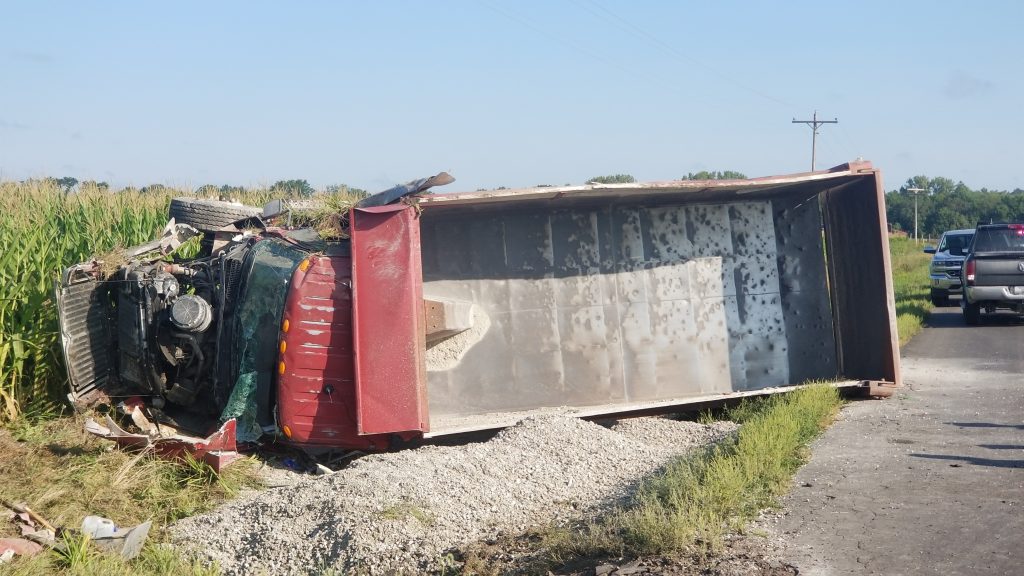 According to a Missouri State Highway Patrol crash report and first responders at the scene of the crash, the rock truck was being driven by Nicholas McCarty, 21, of Hurdland.

The vehicle came to rest facing south on the highway approximately one-quarter mile south of the Highway K junction.

According to a report, McCarty freed himself from the cab of the vehicle by using a shovel to break out the windshield before emergency responders arrived.

McCarty was taken by ambulance to the Blessing Hospital in Quincy, IL.

The rock truck, a 2005 International Harvester Dump Truck, was totaled in the crash. It was part of the Knox County Road & Bridge crew’s fleet of vehicles. Robert’s Garage removed it from the scene.