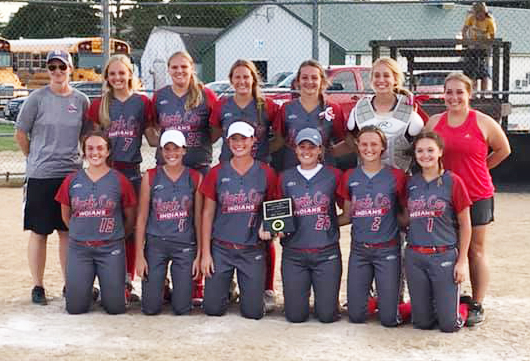 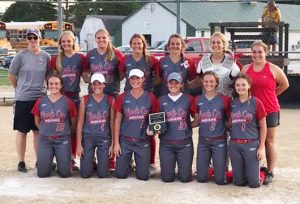 Canton remained undefeated at 5-0, downing Monroe City by a 4-3 final in the championship game of the 22nd Annual Monroe City Varsity Softball Tournament. The Lady Tigers bested LaPlata in the semifinals by a 16-1 margin.  Canton blanked Brookfield by a 5-0 final in the first round.

Monroe City defeated eighth seeded South Shelby, coming from behind for a 12-11 victory in first round play. Clark County topped Hannibal 12-7 in the four vs. five seed first round contest.

Knox County and LaPlata put on a show in their Class 1 Sectional Championship game rematch from a season ago. Knox County led by a 6-3 margin before the Bulldogs erased the deficit in the fourth inning. LaPlata took a 9-7 win. The game was shortened to five innings by the time limit.

The Lady Eagles put up an eighth inning fight before Brookfield edged the Eagles by a 6-5 final. Knox County led 5-2 in the bottom of the seventh inning.

Hannibal sent South Shelby to the seventh place game with a 12-0 win. The Lady Pirates defeated Brookfield by a 17-5 margin in the consolation championship game.

Kinsley Johnson was the winning pitcher in a 12-2 win in the seventh place game over South Shelby. Johnson was 2-5 t the dish with three RBI’s. Riley Strange was 3-5 at bat. Kaitlin Campbell drove in four Knox County (2-3) runs.

Clark County defeated LaPlata by a final score of 15-1 to win third place.