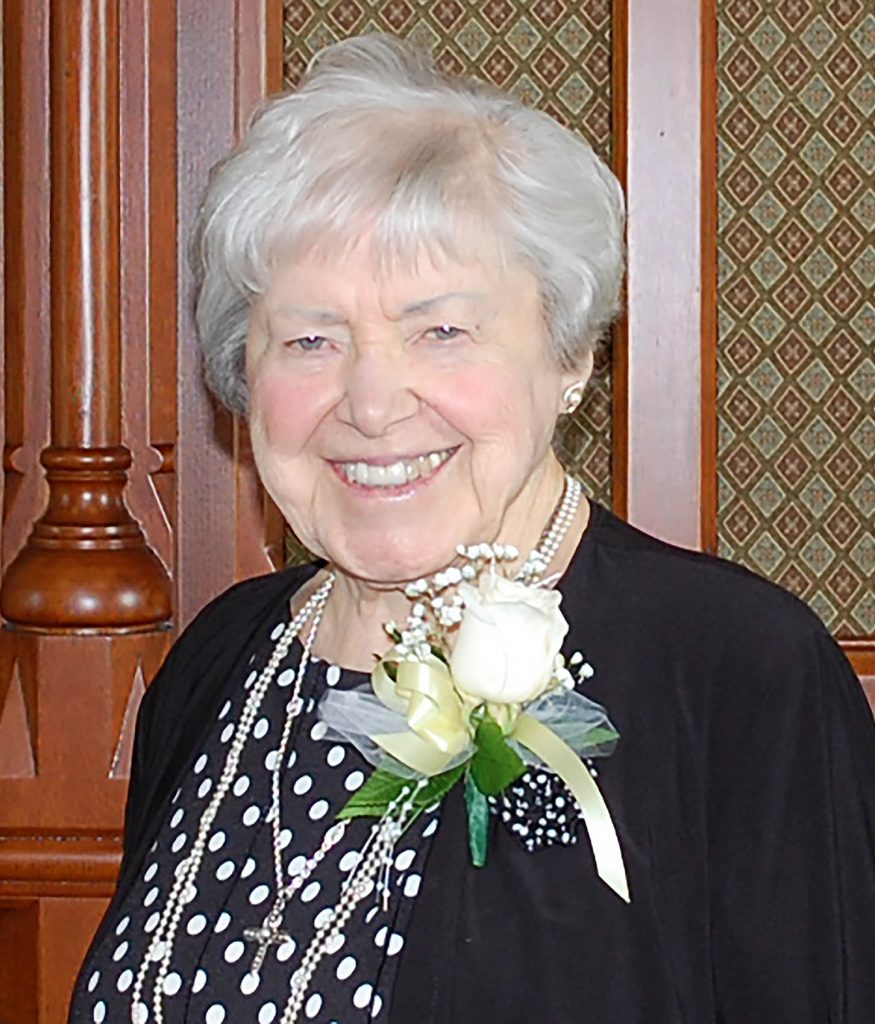 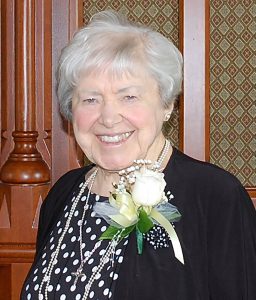 Sister Pauline Logsdon, 96, passed away at The Alverno on Friday, September 6, 2019, exactly 78 years from the day of her entrance into the Sisters of St. Francis, Clinton, Iowa, on September 6, 1941.

Sister Pauline was born on April 5, 1923, in St. Patrick, Missouri, the daughter of William Gabriel and Nora Anna (Uhlmeyer) Logsdon.

After graduation, she attended Mount St. Clare College, Clinton, Iowa for one year before answering the call to religious life.

She entered the congregation of the Sisters of St. Francis at Mount St. Clare Convent on September 6, 1941, and received the name Sister Mary Gertrude at her reception on June 16, 1942.

She later resumed use of her baptismal name, Pauline.  She professed first vows August 12, 1944, and perpetual profession on August 12, 1947.

Sister Pauline was an avid learner and pursued further education at every opportunity.  After completing an associate degree from Mount St. Clare College, Clinton, she earned a bachelor’s degree in science education from St. Ambrose College in Davenport.

She earned master’s degrees in theology and in catechetics as well as a doctorate in gifted education.  Along her life’s journey, she took additional courses at five different universities in California, Minnesota, and Peru.

She was a science and theology instructor at Mount St. Clare Academy & College before being one of the four original sisters who went to Chulucanas, Peru, in 1965.

She served in Chulucanas for ten years as Director of Catechetics.  Sister Pauline later taught at St. Justin the Martyr School, St. Louis, Missouri, and Mary Star of the Sea School, Freeport, Grand Bahamas, where she established a program for gifted students.

In 1990, she founded the Enrichment Program for Gifted Students at St. Gerald School, Oak Lawn, Illinois, and was its coordinator until her retirement.

During summers when she wasn’t studying, Sister Pauline was a chaplain on pilgrimage tours to Europe, the Middle East, and elsewhere, making approximately fifteen trips and visiting sixty-two countries.

Sister Pauline retired at The Canticle, Clinton, in November, 2004 and moved to The Alverno in the spring of 2019.

She is survived by her brothers, Bernard (Joan) of Keokuk, Iowa; Donald (Wanda) of Moline, Illinois; and Steven (Georgia) of Temple, Texas; her sister-in-law Betty Logsdon of Kahoka, Missouri; many nieces and nephews; and the Sisters of St. Francis with whom she shared life for 78 years.

She was preceded in death by her parents and her brothers John, Joseph LeRoy, James, Robert, and Thomas, and her sister Alma.