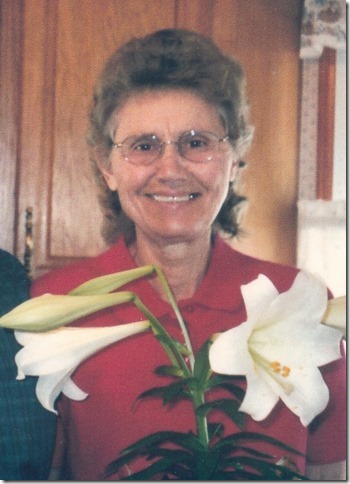 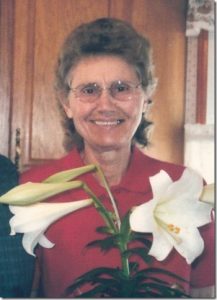 On January 24, 1951, at 2:30 p.m. she was united in marriage to Jesse C. Forquer at the Cedar Grove Baptist Church south of Kahoka.  They were blessed to be married for almost 69 years.

Wilma graduated from Kahoka High School and worked at several jobs including as a cook for the Luray School District and prior to her retirement at the Peoples Bank of Wyaconda in Wyaconda.

Most of her life was spent as a homemaker while helping Jesse on the farm and caring for their cattle.

She looked forward to hay season each year,  being on the tractor raking hay.

She also had served on the University of Missouri Extension Council for a period of time.

She was preceded in death by her parents; three brothers, Alva Ash, Jr., Wendell Ash, and Darrell Ash; and a sister, Dorothy Leffler.

Wilma was an avid gardener, reader,  and loved watching her hummingbirds.

She enjoyed hunting, camping, and fishing with her family and particularly enjoyed their family camping trips at Bennett Springs.

Many will remember Wilma proudly wearing a Clark County sweatshirt as her children and grandchildren’s biggest supporter cheering at basketball and football games, band performances, and whatever activities her kids and grandkids participated in.

At the age of 12, Wilma confessed her faith in Christ while at church camp and faithfully followed the Lord all of her life.  She was an active member of the First Baptist Church of Kahoka, serving in many capacities including Sunday school, Bible School, and as a Deacon’s wife.

Only second to her faith, was her love for her family and time spent with them.  She treasured her grandkids.

Funeral services were held Wednesday, September 18, 2019, at 11:00 a.m. at the First Baptist Church in Kahoka with Pastor Chris Lind officiating.   Mrs. Iris Phillips was pianist, and Mr. David Otte, vocalist.  Special music was “It is Well”.  Congregational hymns were “Amazing Grace” and “Great is Thy Faithfulness.

Memorials are suggested to the Clark Co. Nursing Home.