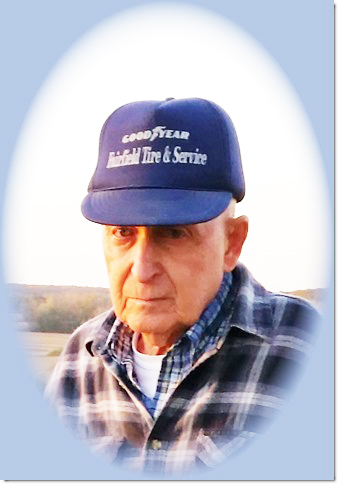 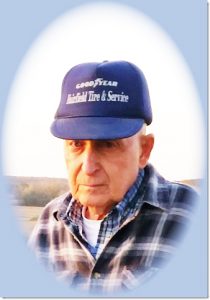 Floyd Eugene Dalton, age 78, of Luray, MO, passed away at his home on Tuesday, October 15, 2019 at 10:30 a.m.  After three battles with cancer he made the decision to put the fourth in God’s hands.
Floyd was born December 14, 1940 on the family farm near Downing, MO, the son of Delbert Floyd and Opal Irene Aldridge Dalton.  His father and brother, Bill, were also born there.
He and Sherry Ann Coppler were married on January 2, 1972 at the Alexandria Presbyterian Church by Rev. Virgil Caulk.
Survivors include his wife, Sherry, of the home; two sons, Daron Eugene (Rachael) Dalton of Luray, MO and Damon Floyd (Kara) Dalton of Kahoka, MO and three precious grandsons: Colton Eugene, age 3 ½, Bradley Ryan, age six, and Dakota James, age ten.  His boys were the apples of his eyes.
He and Sherry were married 47 years, residing in rural east Kahoka, MO for six years and moving to rural east Luray for 41 years and are blessed to have their sons close by.
Floyd was drafted into the United States Army in 1963 and was based at Fort Carson, CO until his Honorable Discharge in 1965.
He was employed by Pepsi and then the Kahoka Cheese Company.
He retired on December 2, 2002 from the Clark Co. Road and Bridge where he had been employed for 25 years.
He was devoted to his family, his farm, and his cattle.
He had a strong work ethic and worked hard all of his life, often with one or both boys and wife by his side.
Additional survivors include a brother, Bill (Bonnie) Dalton of rural Memphis, MO; three sisters: Kathy (Larry-deceased) Hyde of New London, IA, Louise (Doc-Ernest) Humes of Wyaconda, MO, and Karyon (Bill-deceased) Elsea of Wilmouthsville, MO; one brother-in-law, Bruce (Kathy) Coppler of rural Revere, MO; as well as numerous nieces and nephews as well as several of the great generation.
He was preceded in death by his parents, Delbert Floyd and Opal Irene Aldridge Dalton of rural Memphis, MO, and his in-laws, Harold and Helen Coppler of Keokuk, Iowa; three brothers-in-law, including Mark Alvin Coppler of Keokuk, IA; two nephews, Robby Lynn Humes and James Richard Dalton; along with a great nephew, Anthony Michael Dalton.
Floyd has been cremated.  Graveside services will be held Sunday,  November 3, 2019 at 2 p.m. at the Richland Cemetery (also known as Hitt Cemetery) located ten miles north of Memphis, MO with Bro. Bill Fox officiating.
Family will receive friends from 1 p.m. Sunday at the Richland Baptist Church and also following graveside services.
Memorials may be made to St. Jude’s Children Hospital or Richland Baptist Church.
Arrangements are being handled by Wilson Funeral Home in Kahoka.
On-line condolences may be expressed at www.wilsonfuneralservice.com.
Posted in AREA OBITUARIES