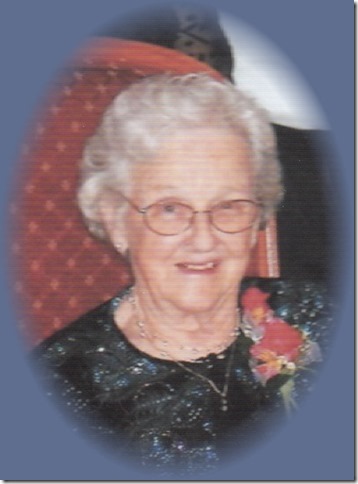 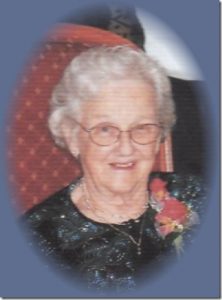 Dorothy graduated from LaPlata High School where she was an accomplished basketball player.  On August 22, 1948, she was united in marriage to Walter O. Webber in LaPlata.  He preceded her in death on May 25, 2001.

She was preceded in death by her parents; a son, Robert Guy Webber; two sisters, Donna and Kenneth Wilson and Jean Wares Bruce and Dale Wares and Lloyd Bruce; and a niece, Penny Wares McDowell.

Dorothy met Walt at his mother’s restaurant in LaPlata where Dorothy was a waitress.  She was a good waitress but Walt had to teach her to cook. He was a wonderful instructor and she became a master at whatever she cooked.  She and Walt had a wonderful, busy life together.  She followed him with his jobs in education and administration and they both became involved in whatever community in which they made their home and made life long friends who they kept in touch and visited with throughout their life.  They especially loved to dance to “big band” music and belonged to several dance clubs. They made several trips to Clarinda, IA to attend the Glenn Miller Music Annual Festival.   The Webbers loved animals and had multiple pets throughout their lifetime.

Although Dorothy married Walt and never finished college, it was mandatory and not an option that her children would receive degrees and she was so proud of each of them and their accomplishments in their lives.  This also carried into the next generation who are all college graduates with the exception of Noah who is currently a Senior at Truman University.

As a stay at home mom, until Chuck went to school, Dorothy’s door was always open to family, friends, her children’s friends, and neighbor children.  She made it a point to make sure all knew that they were welcome at any time and that they were safe and cared for within her doors.

She worked as a teacher’s aide in Kahoka and when Walt transferred to Laddonia she was hired as the librarian for the Laddonia Public Library. As an avid reader, it was her most favorite job of all.  Their home was filled with books of all different genres. She worked a brief time in Columbia for a neurology group.

There was always the “sound of music” in the Webber home as well as cheering for the St. Louis Cardinals, Mizzou Tigers, and during their many family card games (this tradition continues as well).  She supported her children in their school and sports events.  She was a firm believer in “the arts” and supported them to pursue music.

Dorothy was an Elder of the LaPlata Presbyterian Church.  When they moved to Kahoka they became members of the St. Paul United Church of Christ and were very active in the church and community.   She was also a 50 plus year member of the Order of the Eastern Star and was a member of Chapter AW, PEO.

Dorothy wanted her family to live a life in Christ.  She was a firm believer in receiving guidance from the Lord and read faithfully the scripture and devotions.   Second,only to her love for Christ was her love for her family followed by Steve’s fried chicken and ice cream!

Burial was on Saturday at 2:30 p.m. in the LaPlata Cemetery, LaPlata, MO.

Visitation was held at Wilson Funeral Home in Kahoka after noon on Friday with family receiving friends from 6-8 p.m.