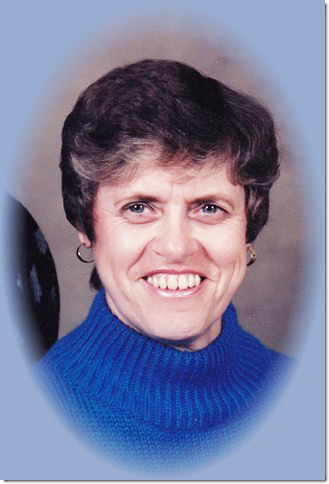 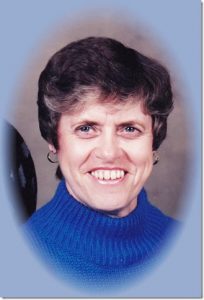 Wilma was born August 18, 1938 in Kahoka, the only daughter of George and Geneva Rigg Oilar.

Wilma was a graduate of Kahoka High School and a star basketball player.  She holds the school record for high scoring points during a game in 3 on 3 play.

Wilma worked for Moore’s Business Forms right after high school until it burned.  Then she stayed at home until Andy started school and went to work for Exchange Bank of Kahoka where she worked her way to head bookkeeper.  During this time she was also bookkeeper for the family business, Willcoxson Transport, Inc., and worked many, many late nights before returning to the bank the next day.  When she retired she worked exclusively for the family business until suffering a stroke on November 9, 2015.

Wilma had a strong work ethic and was hard working.  Being the only girl with five brothers, she had to be strong in order to make them “toe the line”.  She was the rock of the family.  She was a lifelong member of St. Paul United Church of Christ in Kahoka and was very proud when her granddaughter, Audrey, used her musical gifts in several areas of the church life from the time she was a young girl until recently as bell choir director.

Wilma and Chuck worked hard but they managed to travel to 48 states and seven provinces in Canada on their motorcycle in the 1980’s.

She taught each of her children how to squeeze a dollar but was very giving and loving to her family.  Christmas was her favorite time of the year and when it came to decorating she went all out!   She loved her entire extended family dearly and loved spoiling her kids and grandkids.

Funeral services were held Sunday, October 27, 2019 at 2:30 p.m. at Wilson Funeral Home in Kahoka with Rev. Dixie Laube officiating.  Special music was “Go Rest High” and “Choral Benediction” recorded by Audrey when she was a little girl.

Buial was in the St. Paul Church Cemetery.

Visitation was held at Wilson Funeral Home in Kahoka after 10 a.m. Saturday with family receiving friends from 5-8 p.m.

Memorials were suggested to the St. Paul Cemetery.