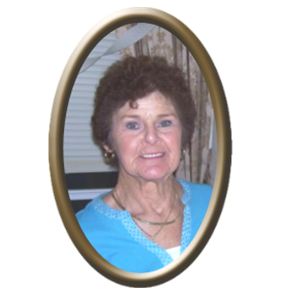 The daughter of Jesse Weston and Alice Rachel (Grant) McCoy, she was born in Los Angeles, California on July 10, 1937 where she attended school and spent her childhood.
She married James W. (Bill) Hall in 1954 at Yuma, Arizona. Later they  moved to Memphis in 1956.
Charlotte enjoyed the outdoors where she could tend to her flowers,  she enjoyed watching the birds, and she was partial to having cats and dogs around, but she loved all animals. The joy of her life was spending time with her family whom she dearly loved.
She was a homemaker before seeking employment. She worked at C & E Manufacturing in Memphis for 17 years before working at the Scotland County Care Center in dietary for 25 ½ years before she retired.
She loved Christ, reading her Bible, and was a member of the Baptist Church in Memphis.
She was preceded in death by her parents, and all but two of her sisters and one brother.
Surviving relatives include her husband: James W. (Bill) Hall of the home in Memphis; three daughters: Carla Myers (Mark) of Memphis, MO, Alice Jordan (Bruce) of Fulton, MO, and Jeanette Fogle (Kevin) of Memphis, MO; two sons: John Hall of Quincy, IL, and Russell Hall Columbia, MO; ten grandchildren: John Myers (Chrissy), Daniel Myers (Jessi), Joel Myers (Amy), Jim Brown, Annette Brown, Samantha Willis (Bob), Kiel Fogle (Brooklynne), Abby Hall, Caitlee Hall, and Noah Hall; five great-grandchildren: Elliott, Mason, Alyssa, Cooper, and Cannon; two sisters: Pat Turrell, and Ethel Howell, and one brother: Wesley (Barbara) McCoy; along with nieces, nephews, cousins, and sister-in-law, Juanita Darnielle.
Services were held October 21, 2019, with burial in Brock Cemetery.

Memorials are suggested to the Brock Cemetery Association and may be left at or mailed to the Payne Funeral Chapel, 202 E. Madison St., Memphis, Missouri 63555.