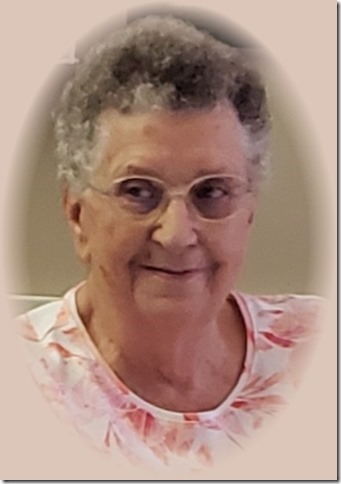 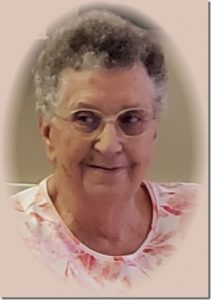 Doris Jean Price Courtney, age 82 of Wayland, MO, passed away on Thursday, October 24, 2019, at her home surrounded by her family.

Doris was born November 6, 1936, in Hancock Co, IL and was raised by her grandparents, Harry and Minta Sarah Doolittle.

She graduated from Nauvoo High School and went to work for the Prison in Fort Madison as a secretary until her marriage.

She was preceded in death by her mother, Ruth Jeanett Doolittle Price; her grandparents, Harry and Minta Sarah Doolittle; her husband, Kieth; a son, Roger Courtney; a sister, Darlene and Bud Manary; and sister-in-laws and brother-in-law: Barbara Snider and Melba and Bill Yates.

Doris was a long-time member of the First Baptist Church in Wayland and volunteered in the nursery for many years.

She was a volunteer for the Wayland Fire Department Auxiliary and served on the Election Board.

She was treasurer of the Clark Co. Mule Festival since 1993 and responsible for many other aspects involved in putting it all together and was the “front woman” to the public.

Doris loved to bowl and spend time with family.

She especially loved to shop, especially for Christmas and would go all out and always included several names from the Angel Tree.

More than anything she loved being a mother and grandmother.

Graveside memorial services were held Monday, October 28, 2019 at 10:30 a.m. in the Kahoka Cemetery with Rev. Dan Deatrick officiating.  Special music “Be Not Afraid” and “In the Garden” was provided by Pastor Daniel and Heidi Fox.

Memorials were made to NEMO Hospice or Clark Co. Mule Festival.