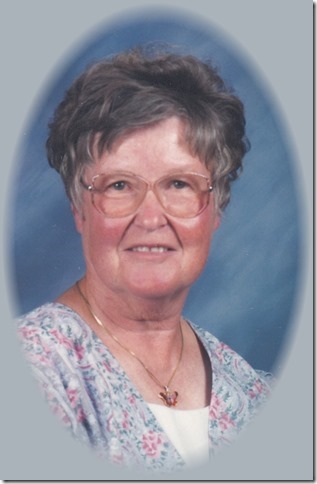 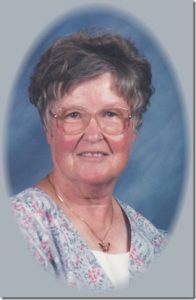 Betty Darlene McCoy, age 84, of Kahoka, MO passed away on Saturday, October 26, 2019 at the Clark Co. Nursing Home in Kahoka where she had been a resident for one week.

Betty was born December 24, 1934 in Keokuk, IA, a daughter of Claude E. and Marie Nichols Bullerd.

Betty attended Star grade school district and graduated from Kahoka High School in 1953 and then from cosmetology school in Burlington, IA.

On March 12, 1955 she was united in marriage to Theron M. Mcoy at St. Paul United Church of Christ in Kahoka by Rev. Geske.  Theron preceded her in death on November 23, 2014. They were married for almost 60 years.

She was preceded in death by her parents; her step-mother, Eloise Bullerd; her husband; her daughter, Carol Sue Brookhart; a half-brother, Claude Bullerd, Jr.; and, brothers-in-law, Otho Peters, Robert Kullman and John McCoy.

Betty was a cosmetologist at Bonnie’s Beauty Nook in Wayland, MO until Theron was transferred with his job with MODOT to Louisiana, MO.

When they moved she took a job as purchasing clerk in Pike County Memorial Hospital and also as a nurse’s aide.

She worked at the hospital for 20 years. They returned to Clark County in May of 1993 and had made their home in Kahoka ever since.

After moving back to Kahoka, she worked for the Clark County School District as a classroom aide and as a custodian until she retired.

Granny loved being outdoors and nature in general.

She enjoyed working with her flowers, camping, and watching birds at her feeders.

She and Theron also loved to travel in their camper and had been to all of the contiguous 48 states with their daughter, Carol.  After retiring, Granny loved going to Florida, especially during the winter and had a favorite place around Fort Meyers where they came to know fellow “snow-birds” year after year.

Betty volunteered at the Clark Co. Senior Center three days a week until the end of this September.

When they were younger, Theron and Betty were avid square dancers.

Betty also loved doing ceramics and other crafts She was devoted to taking care of her dog, Precious, for the last three years.

She was a member of the Wayland United Methodist Church and later attended the First Baptist Church in Louisiana and then Kahoka.

Betty was baptized on May 13, 1951 at St. Paul United Church of Christ in Kahoka.

Special music was by Leah, Jacob and Joshua, “In the Garden” as well as recording, “Come to Jesus”.

Inurnment was private in the Kahoka Cemetery.

Visitation was held on Friday with family receiving friends from 3 p.m. until services at 4.

Memorials may be made to the Kahoka Cemetery or the Clark Co. Senior Center.