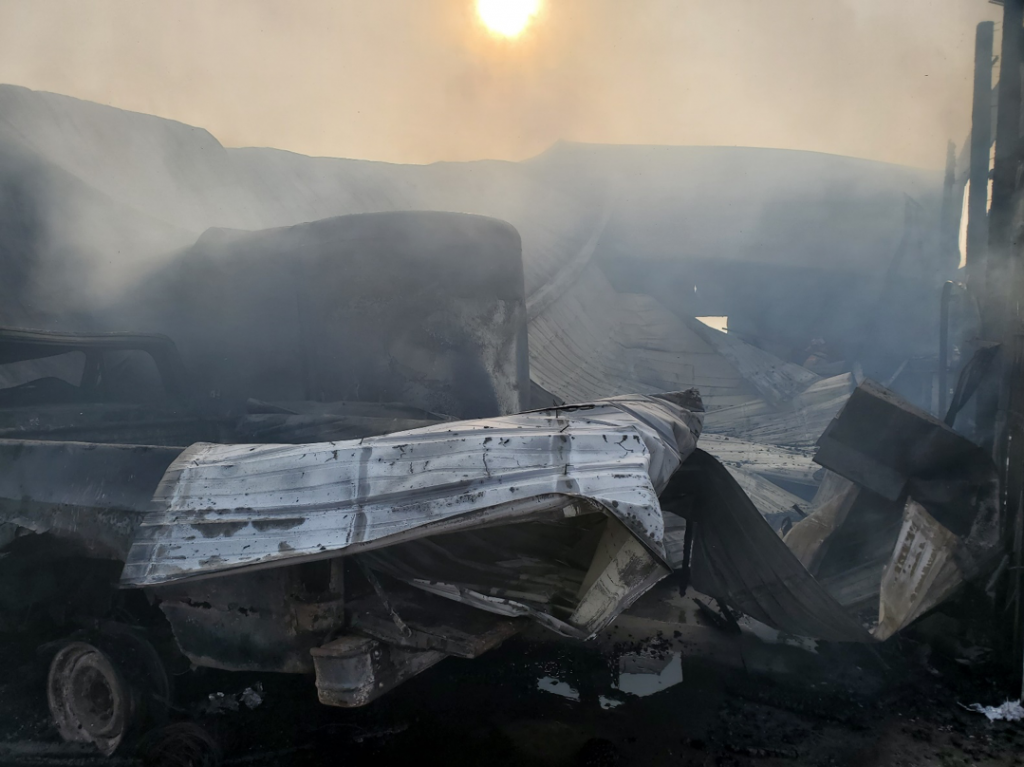 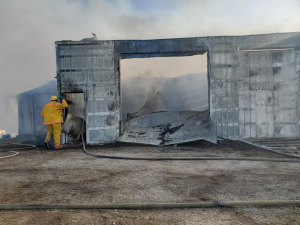 Unnamed Firefighter spotting for fire and hidden dangers for another firefighter on the inside.

At 0851 this morning, a car fire involving the garage in rural Clark County on County Road 256 was reported into the Clark County Dispatch Center.

The homeowner reported that there was a car, pickup, tractor, and hay inside the shed.

Because of the intense heat from the fire, firefighters attacked the fire with two hose lines from the yard, before being able to move closer to the structure.

Hose teams attacked the fire from multiple sides to knock down the blaze.  Once the blaze was knocked down, firefighters donned their SCBA’s to enter the structure to put out hotspots, fuel fires, and other areas unable to be doused with water from outside.

As additional firefighters arrived, hose teams rotated out, extinguishing the fire in the adjacent horse barn and the hay bales located inside the structure.

All told, a stock trailer, personal vehicle, tractor and pickup truck were lost in addition to four-large hay bales, feed and a large assortment of tools, equipment, and animal supplies.

Fortunately, the fire did not injure the homeowner’s horse and did not spread to their nearby home. 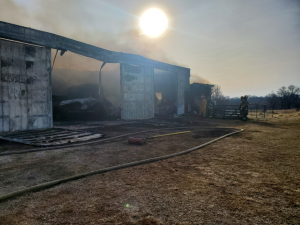 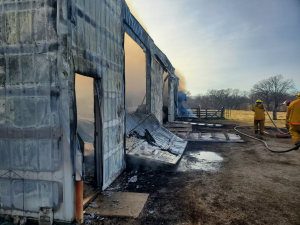 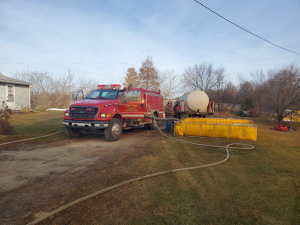 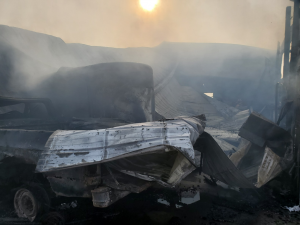 Interior look at the fire after it was extinguished. Picture is of a pickup and stock trailer that were lost.