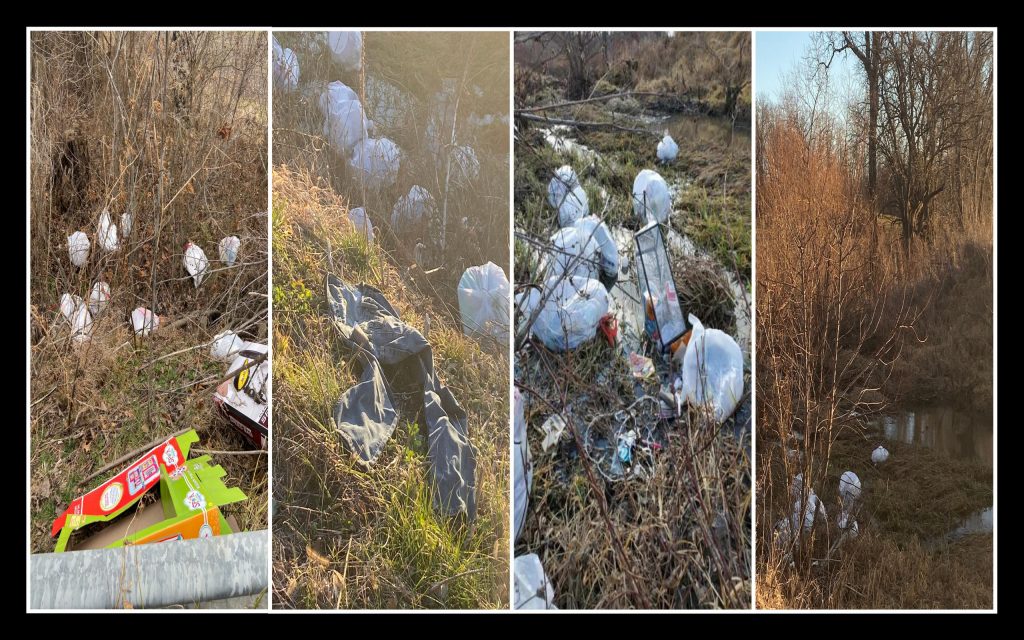 The dumpsite was found on Old Lake Road north of Edina near the Edina Ball Field and included 13 bags of trash strewn across land near a bridge.

A Knox County Sheriff’s Office Deputy and a Knox County student volunteer cleaned up the site and removed all of the bagged and loose trash in the vicinity, which filled up the back of the deputy’s patrol truck.

According to a representative of the KCSO, the trash contained evidence tying two people to the illegal dumpsite. Mail with the names of Ambrose F. Booth and Ashley M. Labarron was allegedly collected and kept as evidence. The addresses on the trash were based in Kirksville. Further investigation revealed the suspects currently live in Edina.

On Tuesday, December 31, another dumpsite was found on Airline Avenue just west of Edina. Another 15 bags of trash were found along with several other trash items including boxes and loose clothing.

According to the KCSO, the same two names were found on evidence inside the bags of trash from the second illegal dumpsite.

After questioning, Booth allegedly admitted to dumping the trash illegally to the KCSO. He was required to clean up the second dumpsite and was issued a citation for littering. 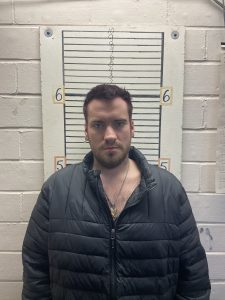 Booth was cited and released from custody. He is scheduled to appear in court later this month.

Knox County Sheriff Allen Gudehus asks citizens to report any illegal dumpsites within the county. Any illegal dumping will be investigated and prosecuted. 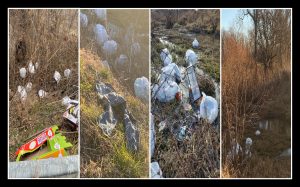 Photos of Illegal Dumpsites in Knox County on December 30 and 31, 2019 – Courtesy of the Knox County Sheriff’s Office