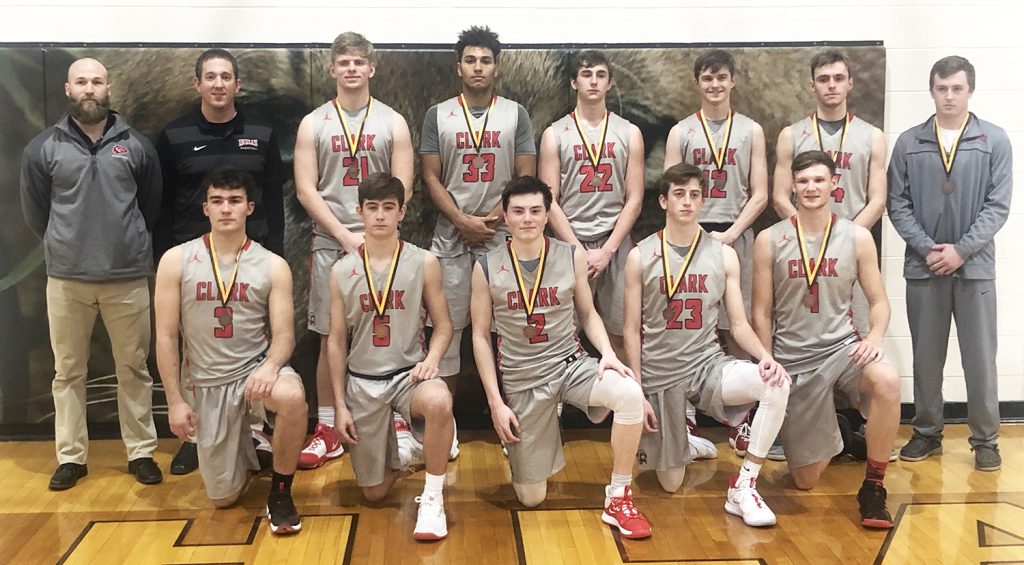 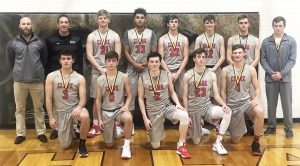 The Clark County Indians took on the host Highland Cougars in the opening round of the Highland Tournament on Tuesday.

Brandon Kracht had the hot hand for Clark County, pouring 31 points on the night, including going nine for nine at the free throw line.

The Indians opened with a 17-point first-quarter effort, including 11 by Kracht.

Clark County exploded with a season-high 31-point second quarter, including another 16 more by Kracht, and six from Corbyn Harper.  At the half, Clark County led 48-27.

Clark County stretched its lead to 30 points in the third quarter, 65-35, before slowing the game down.  At the end, the Indians came away with a 69-45 win.

Every Indian that stepped on the court scored Tuesday night, led by Kracht with 31.  Conner Mack had nine point, and Corbyn Harper finished with eight.  Chase Norton and Sam Wheeler had six points each, and Vince Billings had five.  Tanner Elam had two point,and Gabe Hunziker and Nick Davis added one point each.

The Indians faced second-seeded Palmyra in the next round, and saw Layne Sommers return to action for the first time this season.

The Indians stayed with the high-powered Panthers early, and fought to a 12-12 draw after one quarter.  Palmyra opened the game up in the second quarter, and led 27-21 at the half, on their way to a 66-47 win.

The Indians faced Macon in the third place game on Friday night, in a closer game than the 60-53 final might indicate.  The Indians led 28-23 at the half, on their way to the win.