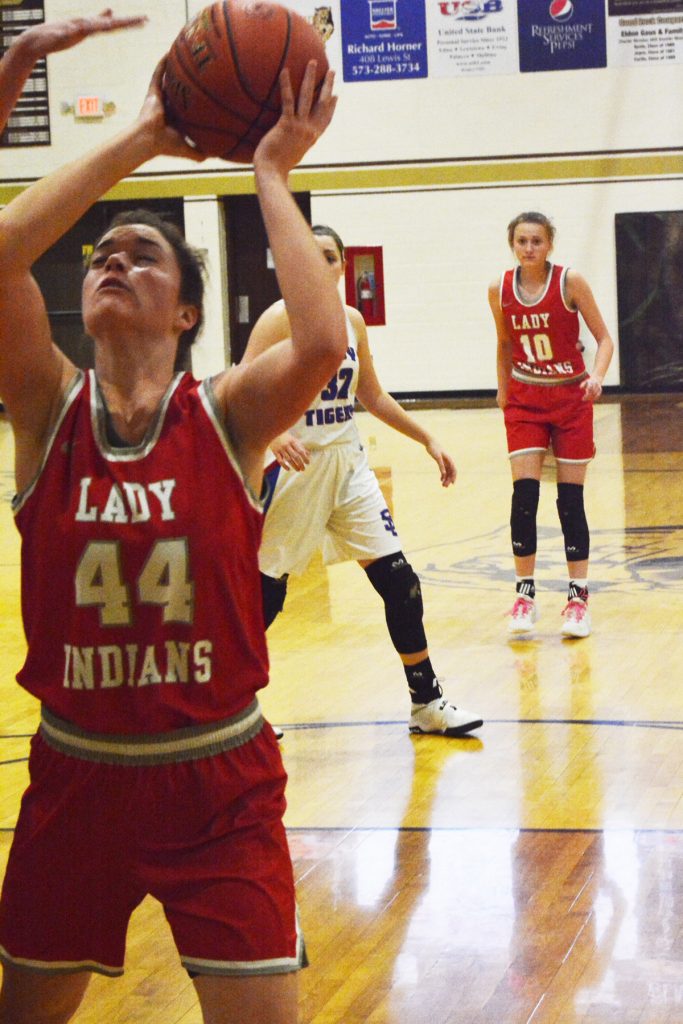 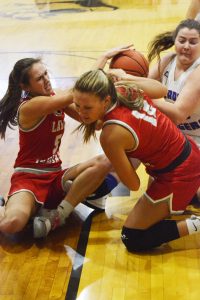 The Clark County Lady Indians faced Canton in the opening round of the Highland Tournament on Monday.  Jade Ross and Brooklyn Howe teamed up for 21 points each to power Clark County over the Lady Tigers.

The opening quarter saw an evenly matched contest, much different that a week early when the two teams faced each other at Canton, where Canton dominated the first half.  After one quarter, Clark County traiked 13-12.

The Lady Indinas took the lead with hot shooting by Ross and Howe, who combined for 17 second-quarter points to lift Clark County to a 31-27 halftime lead.

Canton whittled the Clark County lead down to three point after three quarters.

Ross and Howe led the scoring with 21 points, and Alexis Ellison added 15.  Madison Kauth and Kiara Brunk scored four each, and Isi Acklie had two points.

On Wednesday evening, the Lady Indians faced third-seeded Macon in the tournament semi-final.  Macon took an early lead, 12-8 after one quarter, and extended it to a 23-18 lead at halftime.

Clark County fought back, cutting the Macon lead to one point four times, and tying the game once, but they never were able to capture the lead, and fell 50-47.

The Lady Indians face the Lady Tigers of Scotland County in the third place game on Friday night.  Clark County got off to a good start, with four Lady Indians scoring in the first quarter.

Clark County let a double-digit lead slip away in the second quarter, and Scotland trailed by three at the half, 22-19.

The Lady Tigers pulled ahead in the third quarter to take a 32-31 lead.

Clark County missed four of six free-throws in the final quarter, and fell 42-39.

Jade Ross and Alexis Ellison had 10 points each.  Madison Kauth and Brooklyn Howe had six each.  Isi Acklie had four points, Kiara Brunk had two, and Madison Bergman had one. 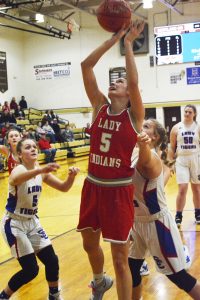 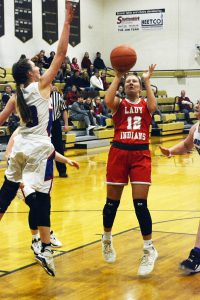 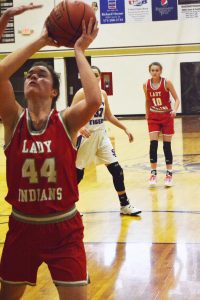 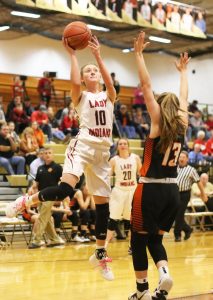 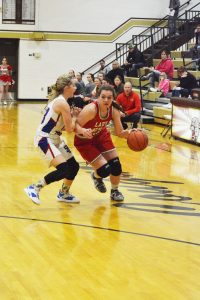