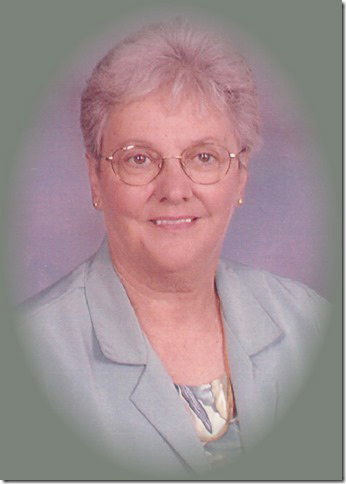 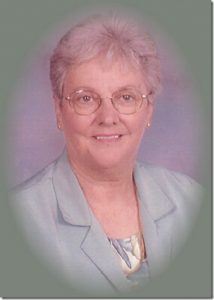 Betty Jo was born June 2, 1939 in the family home south of Kahoka, the daughter of Royal and Elsie St. Clair Webster.

She graduated from Kahoka High School in 1957 where she played saxophone in the band.

On June 15, 1958, she was united in marriage to Robert E. Smith at the First Baptist Church in Kahoka.   They would have celebrated 62 years of marriage this coming June.

She was preceded in death by her parents; her in-laws, Edwin and Edna Mae Benda Smith; a brother in infancy, James Delbert Webster; a brother-in-law, Ronald Smith; and two very special friends, Beverly Krouse and Suzie Hopp.

As a teen Betty Jo worked at Gregory Variety Store and the Kahoka Drive-in Theatre.  She would later work for the University of Missouri Extension Office She retired in 2000 following 28 years as a case worker for the Division of Family Services.

She was very involved in the community, the county and in church activities.  She was a faithful member of Luray Baptist Church and served as pianist, Sunday School Teacher, VBS Director, and as jack of all trades.

More than anything, Betty Jo was a huge supporter of her grand and great grandchildren’s activities, rarely missing any programs or ballgames they were involved in.  She had traveled with the Clark Co R-1 Band to California, Hawaii, Indianapolis, and to New York twice.  Spending time with and taking care of her family was her greatest enjoyment.

Funeral services were held Friday, January 24, 2020 at 11 a.m. at Wilson Funeral Home in Kahoka with Pastor Mike Wilson officiating.  Special music was “My Angel” sung by Heather Wilson, “How Great Thou Art” and “I Don’t Know Who Holds Tomorrow” sung by Heather Wilson, Michelle Hess, and Nessa Smith, “Sissy’s Song” by Alan Jackson and “The Milkshake Song”.

Burial followed in the Combs Cemetery at Luray.

Memorials are suggested to the Luray Baptist Church.