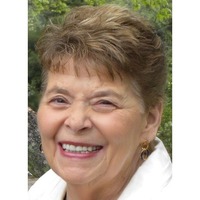 She was born on September 28, 1941 in Kirksville, Missouri, to A Clark and Helen (Berry) Thomas. Sharon attended the local schools and graduated from Knox City High School. She received a master’s degree from Truman State University. Sharon met Larry Easterday in Kirksville in 1961, while they were both attending college. They were married on June 2, 1963, in Kirksville at First Baptist Church. To this union were born three children; Glenda, David, and Steven.

Sharon worked as the coordinator for special needs children at North Middle School at Fort Zumwalt School District for 25 years until her retirement in 2004. She started her career in education at Schuyler County School District where she taught and Knox County where she was their first elementary guidance counselor.  The Easterday family has resided in O’Fallon for the last 45 years. Sharon was very involved in First Baptist Church of O’Fallon. She was in the choir, taught Sunday school and headed her life group’s social committee. She was a leader in the Apples of Gold mentoring program. She also took part in mission trips to New Mexico and Alaska.  Sharon was active in her local sewing guild.  She and Larry enjoyed traveling and especially loved the Christmas lights in Branson. Sharon was an avid fan of Missouri basketball and St. Louis Cardinals baseball. She held leadership roles including president of the Fort Zumwalt branch of the Missouri National Education Association where she worked diligently to improve relationships between teachers and administrators and was subsequently awarded the Sherry Cromer Award for her leadership and dedication.  Sharon was a caring and selfless wife, mother, grandmother, great-grandmother, teacher, and friend. She will be sadly missed and long remembered by all those who knew and loved her.

She was preceded in death by her parents and a brother-in-law: Jerry Hamilton.

Friends and Family may sign the online guest book @www.mccoyblossomfh.com