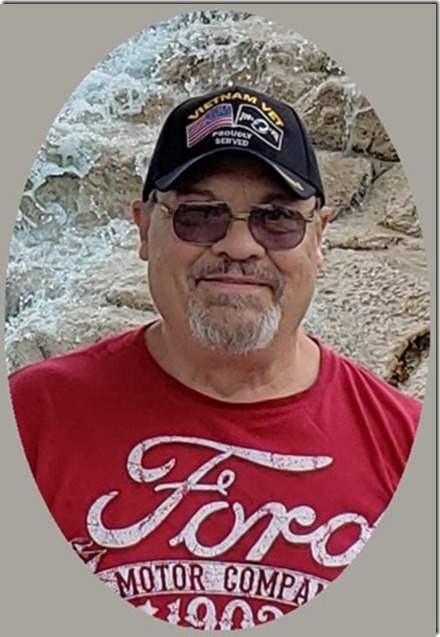 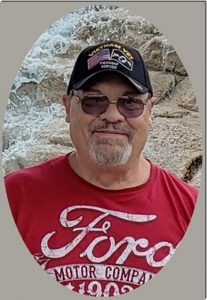 Gary was born May 8, 1954 in Springfield, IL, the only child of Charles and Velma D. Turner Bridges.

He was a U. S. Navy Veteran and very proud to have served his country.

He was preceded in death by his parents; his in-laws, Glen and Maggie Morgan; a brother-in-law, Mark Morgan; and grandson, Harris Spindler.

Gary had been employed by Knapheide in Quincy as a welder until his retirement.

He loved cooking, gardening, fishing, mushroom hunting, camping, and anything that kept him outdoors.

He also loved to listen to music and enjoy sitting in his chair by the window in the winter.

Military Rites wereheld on Monday, February 10, 2020 at 2:30 p.m. in the National Cemetery in Keokuk, IA followed by a gathering and time of sharing at the old Revere Community Church in Revere.

Memorials in lieu of flowers are suggested to Wilson Funeral Home in Kahoka to help with final expenses.

He served aboard the U.S.S. Hollister (DD-788), a Gearing-Class Destroyer, as a gun-crew infantryman.  He attained the rank of Seaman Recruit (E-1).

He enlisted 28 July 1971, received an honorable discharge 1 August 1975 and returned to Alexandria, Missouri.

The ship has been darkened, and the bell mournfully tolls for our shipmate who joined the staff of the supreme commander 6 February 2020.  During his final assignment we wish him fair winds and following seas.