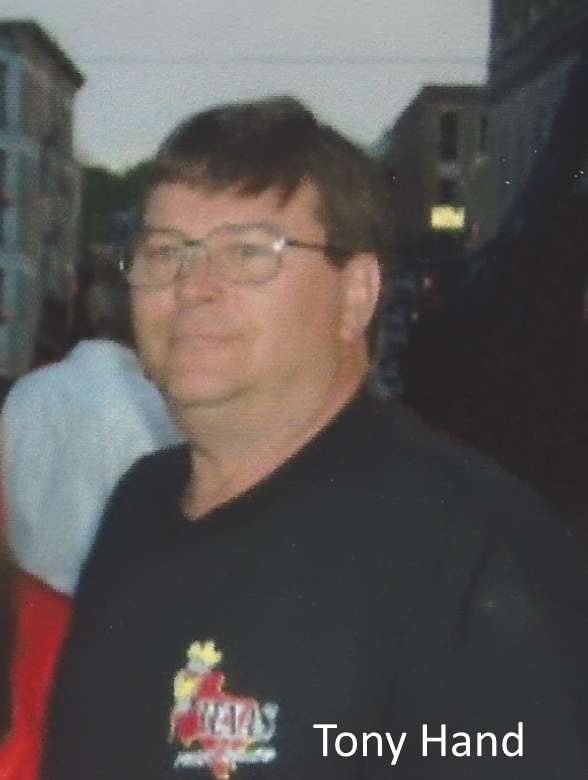 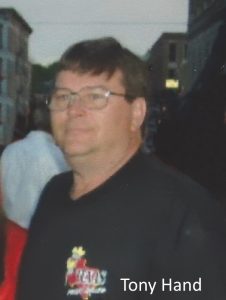 He was born on December 23, 1956 in Keokuk, IA, the son of James and Phyllis VanTress Hand.  He graduated from Keokuk High School with the Class of 1976.

Tony married Dawn Washburn on August 10, 1985 and they later divorced.  To this union was born one daughter, Jennifer.

He had worked in electrical maintenance at Steel Casting, St. Louis Gear and for the City of Alexandria.  Most recently he had been employed at Lexington Square in Keokuk.

Tony enjoyed boating on the river, fishing and deer hunting.

He also enjoyed watching westerns, collecting things and going out to eat.

He was very mechanically minded and could fix anything.

Tony never knew a stranger and could strike up a conversation with anyone.

He was a friend to many and generous to all.  Above all he loved his family and his grandchildren were his pride and joy as well as his dog, Jersey.

He was the best dad a girl could have and always told his daughter how special she was and to be careful on the road.

At the end of every conversation he always said, I love you guys.

He was preceded in death by his mother, his grandmother, Viola Ward and his grandfather, James M. Hand.

A Gathering of Remembrance will be held on Saturday from 2 – 4 pm at the Vigen Memorial Home in Keokuk with family meeting with friends at that time.

Memorials may be made to his grandchildren.