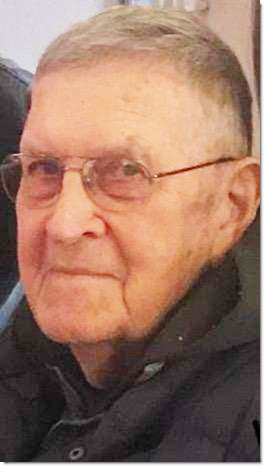 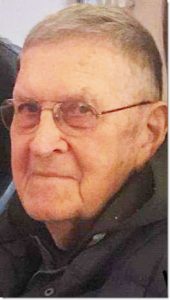 Thomas G. Kerr, age 84, of Luray, MO, entered Heaven to spend eternity with his Lord and Savior on Friday, March 6, 2020 in the University of Iowa Hospital in Iowa City, IA, following injuries sustained from a motor vehicle accident earlier in the day in Keokuk.

He was united in marriage to Shirley J. Smith on December 5, 1959, in the Baptist Church in Memphis.

He was preceded in death by his parents; his wife, Shirley; one brother, Joseph and Esther Kerr; a sister, Josephine and David Folk; and sister-in-law, Sharon Humes.

Tom graduated from Luray High School in 1953 and joined the U. S. Army where he served for 8 ½ years including the Army Reserves. He served with honor.

Tom was an employee for over 40 years of  the Missouri State Highway Department, starting as a Supervisor, retiring in 2004.

He was a member of the Luray United Methodist Church and enjoyed attending the Full Gospel Church in Luray as well.  The past several years he had been attending the Kahoka Christian Church.

Tom enjoyed visiting and spending time at the Nutrition Site.

He enjoyed collecting antiques, his horses, and his mules.

It was special to him when he put up hay every summer with Mike.

He was very active as well as very busy.

Until this past year he cut his own fire wood.

Tom made the most of and enjoyed life.

He dedicated his life to them and cherished every moment spent together.

There was no visitation.

Memorials were suggested to the Clark Co. or Knox Co. Nutrition Sites.

He served during the Korean War and attained the rank of Specialist Five (SP5/E-5).

He received an honorable discharge from the United States Army Reserve 31 July 1963 and returned to the town of Luray in Clark County, Missouri.

The caissons have been muffled and the flag lowered for our comrade, who joined the staff of the supreme commander Friday, 6 March 2020.  At his final post we wish him fair skies and smooth pathways.