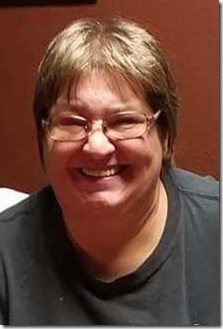 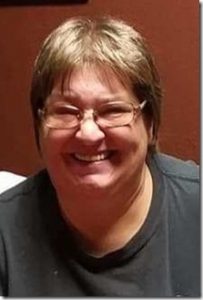 Kim was born September 20, 1966 in Keokuk, IA, a daughter of Robert and Alberta Von Holt York.

She was preceded in death by her parents; her husband, Melvin; and brother, Dennis York.

Kim graduated from Clark County High School in 1985 and was a former and long-time employee of the Sheltered Workshop in Kahoka.  Due to her health, she had resided in the Country Aire Retirement Home in Lewistown, MO for the past year.

Kim loved to crochet, do crafts of almost any kind, and watch movies.

More than anything, she loved her nieces and nephews and spending time with them.

There will be no services at this time.  A Celebration of Life will be held at a later date when her sister is able to be home from the Dominican Republic.

Memorials are suggested to the Industrial Opportunities (Clark County) or the Country Aire Retirement Home Activity Fund in Lewistown.