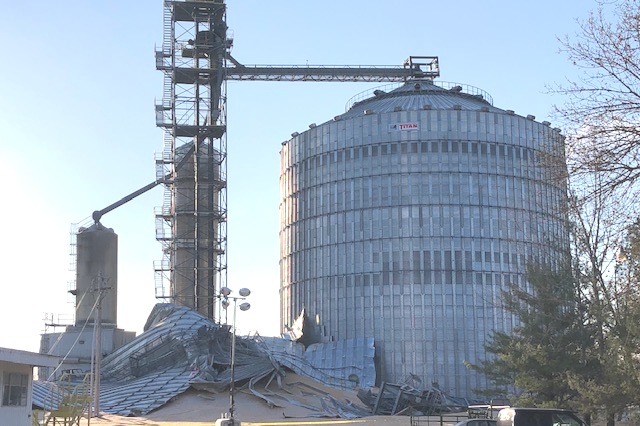 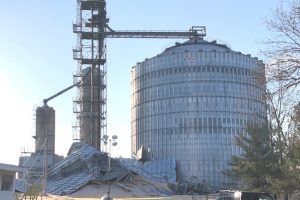 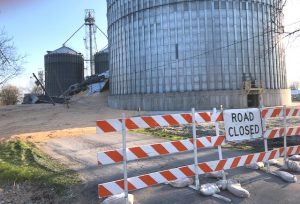 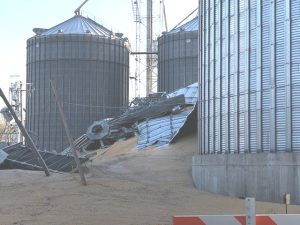 A large metal grain bin, located at 7th Street, State and Hwy 6 in La Belle, Missouri, owned by ADM (Archer Daniels Midland) collapsed in the night, Wednesday, April 15, 2020. A break at the base of the bin, caused the grain to compromise the round metal bin at the concrete foundation.

A few homes were evacuated and area homes without power due to the bin collapse.  No injuries were sustained during the collapse.

Electric crews worked to restore power, while clean up of the grain was a priority.  Area law enforcement officials were at the scene prior to and following the collapse of the grain bin.