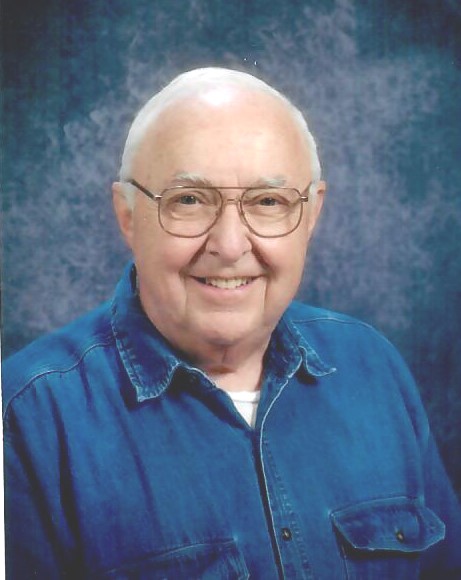 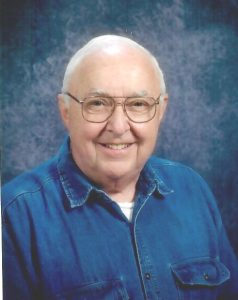 He was born March 20, 1933, the son of Carl and Edith Grant in Piqua, OH.  Due to his father’s career, they lived in Mansfield, OH and Belvidere, IL before locating to Richmond, IL.  Sandy attended grade school there and later graduated from the Northwestern Military and Naval Academy at Lake Geneva, WI in 1951.

Sandy enlisted in the Army in 1952 and spent the next three years at Ft. Leonard Wood, MO, with the 333rd Engineering Pipeline Corps.  In 1953 this group was called into action to pump water from the Baring Lake into the Old City Reservoir.  While stationed here, he met Patricia Haines and on May 21, 1954 the couple were married in Richmond, IL.

After Alva’s discharge they returned to Richmond and Alva went to work for Montgomery Wards.

In the next few years, Al and Pat welcomed two sons, Phillip and Steven.  Later Al and Pat located in Crystal, Lake, IL, where Al was working for a Metal Fabricating Company.  In 1996 the couple returned to where it all started, in Edina.  Al then worked for the Knox County R-1 School District, retiring after 22 years of service.  Al was a member of the First Christian Church of Edina, MO and past commander of Knox City American Legion Post # 358.

Al was a devoted husband, father and grandfather.  He enjoyed telling about the trips to Scotland he and Pat had taken, playing Uno with family and being with his furry friends, all six cats.

Al was preceded in death by his parents, and his son Steven.

Due to the virus epidemic, cremation rites have been accorded with a memorial service to be held at a later date.  Arrangements are being handled by the Hudson-Rimer Funeral Home in Edina, MO.

Memorials are suggested to the Great River Honor Flight or the Knox County Ambulance District.  Memorials may be left at or mailed to Hudson-Rimer Funeral Home, P.O. Box 1, Edina, MO, 63537.