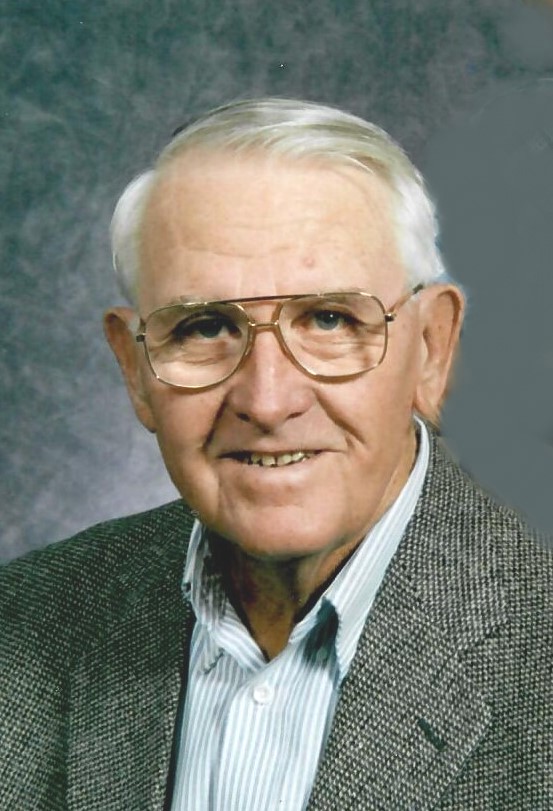 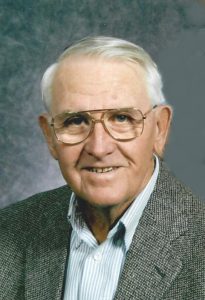 Byron was raised on the farm of his Uncle Eddie and Aunt Ethel (Queen) Norton near Rutledge, Missouri. He grew up learning about machinery, livestock, and running a small farm during the Depression years. He attended the Rule school and graduated from Rutledge High School.  Following high school, he worked for Knox County as a maintainer operator. Pipeline was being laid in the area, and he signed on to work with the pipeline for a few different companies. The pipeline work took him to Oklahoma, south to Louisiana, north to Minnesota, and out west as far as Montana. On one of his return trips home from the pipeline, he received his draft notice to report for service in the Korean War. Byron served in the 1st Battalion 279th Infantry Regiment, 45th Infantry Division. He was discharged from the military in 1952.  Upon his return home, he purchased land adjacent to his family and continued raising Hereford cattle and farming. On November 23, 1955 Byron married Laura Jean Strickler. They had five children – Charles, Carol Jean, Mary Jane, Sharon Ann and Betsy Lou.

Farming continued, and Byron decided to purchase a bulldozer. He had learned a lot about heavy equipment on the pipeline and felt very comfortable operating and working on the equipment.  He established Green Valley Construction and worked on a variety of farms building ponds and structures and clearing land. He completed projects for the Corps of Engineers in Macon and on the Mississippi river near Quincy, Illinois.  He also completed highway construction for the state of Missouri.  He worked non-stop with the farm and construction. He would arrive home from all day on the dozer, grab a bite of supper, and then head for the field.

He was a hard worker, and he taught us all to work hard and to give the job at hand your best effort.  Byron (Daddy) was a good-hearted and kind man.  He helped many people when he saw a need and never knew a stranger.

Private graveside services will be held in Park View Memorial Gardens in Kirksville, MO.  Reverend Mike Wilson will officiate the services.  A Memorial service with Military Honors and a Masonic service will be held at a later date in the Hudson-Rimer Funeral Home in Edina, MO.

Memorials are suggested to the Knox County Nutrition Site, Hurdland Baptist Church or the Rutledge School Restoration Project.  Memorials may be left at or mailed to Hudson-Rimer Funeral Home, P.O. Box 1, Edina, MO, 63537