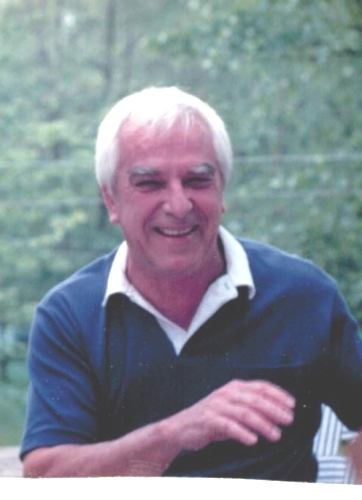 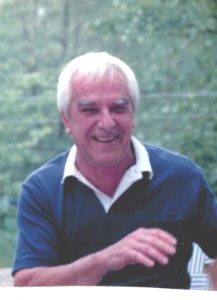 It is with deep and profound sorrow the family of Byram Rule Shannon announces his passing at the Holyoke Soldier’s Home. Byram was born Aug. 31, 1932 in Columbia, Missouri, the son of Byram Rule Shannon Sr. and Jeanette Smith.
He was predeceased by his parents and two siblings, Patricia Hatfield and Peggy Fisher. He married Mary Lynne Haines on July 6, 1967. He is survived by his wife, Mary Lynne Shannon and children Michael, Douglas, Patrick and Nancy.
His grandchildren are Michael Joseph, Jayson, Matthew, Zachary, Joshua and Clementine as well as Tyler Bascewski and Cole Perkins. He has one great grandchild, Serenity and one nephew Steven Fisher.
Byram graduated from Edina High School in Missouri in 1950. He graduated from Westminster College in Fulton, MO in 1957.
He served in the United States Army from 1953-1956. He was a registered Optician owning Morrison Opticians in Northampton, MA. He enjoyed fishing, golf, banjo playing, reading and crossword puzzles. Byram had a very quick and funny wit which endeared him to everyone.
He was President of the Northampton Rotary Club in 1984. During his time in Rotary he participated in a debate, the topic being “should women be allowed into the Rotary Club?” Of course, Byram was all for it! He was a member of the Northampton Conservation Committee in the 1980’s.
Byram always enjoyed telling everyone he was in the audience when Winston Churchill gave his Iron Curtain Speech in 1946 at Westminster College in Fulton, MO. And that he shook hands with Harry Truman in 1944 -and- that he bought and shared a drink with Betty Grable (actress) in 1958.
Byram wanted friends and acquaintances whom crossed his path and made his life so much better, to know he bids you a fond farewell.
We wish to thank the staff at the Holyoke Soldier’s Home in Holyoke for the kind and loving care Byram was given, especially the dear ones on 3 North. They are Exceptional. If you wish to remember Byram, giving to the Northampton Survival Center, 265 Prospect St, Northampton, MA 01060 will be most helpful.

A Celebration of Life will be held at the convenience of the family. CZELUSNIAK FUNERAL HOME is in charge