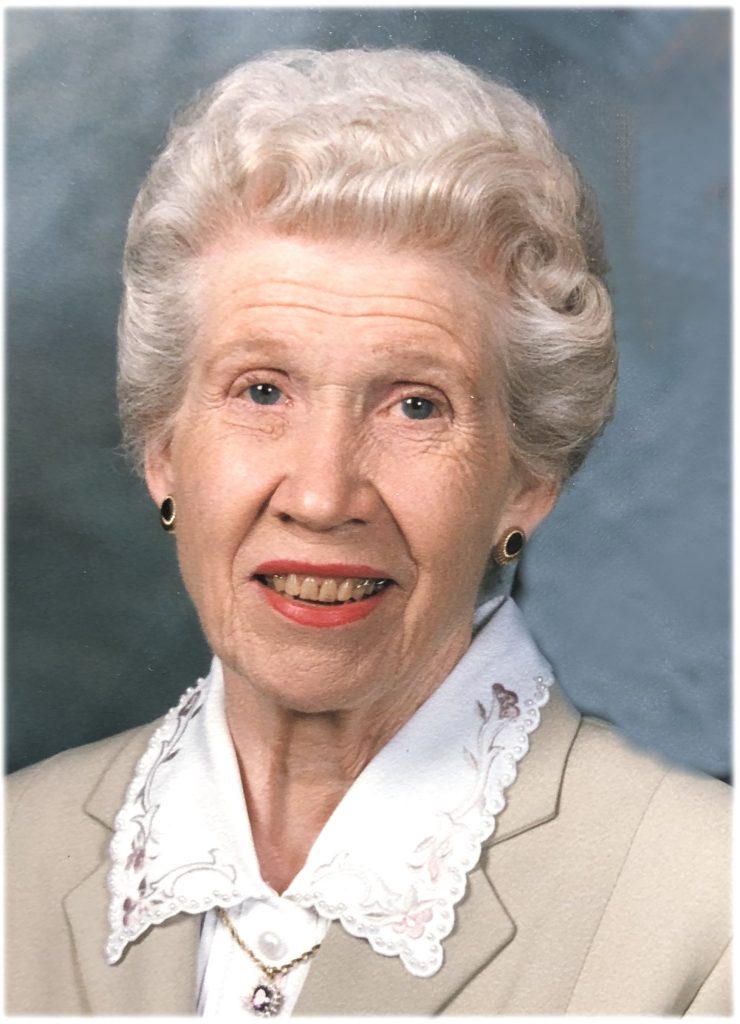 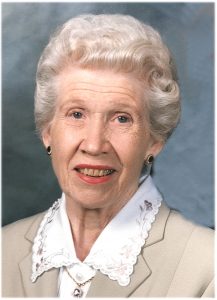 JoAnn Gossman, 90, of Edina, Missouri, passed away Saturday Morning, May 16, 2020 at the Blessing Hospital in Quincy, Illinois.

JoAnn was born on February 16, 1930, in rural Adair County near Novinger, Missouri, the daughter of William Sr. and Eva Glydwell Jackson.

She attended school in Kirksville, Missouri and graduated from the Kirksville High School in the Class of 1948.

On June 2, 1951, in Kirksville, Missouri, she married Charles Earl Gossman, whom she met at the “Leo’s Roller Rink” and they never skated alone in life.

JoAnn worked several years at the Telephone Office in Kirksville as an Operator and later in the home office. JoAnn and Charles purchased the building on the square in Edina and opened Gossman Jewelry. They operated the jewelry store until his partial retirement in 1992, when his son Randy took over the store.

She was a member of the Edina Christian Church, serving on several committees. JoAnn was a member of the Order of Eastern Star in Edina, Missouri. They loved to live in the country and grow things and shared the harvest with friends. She enjoyed roller skating, putting together puzzles, and knitting.

A Graveside Service will be at 1:00 p.m. Wednesday, May 20, 2020, at the Highland Park Cemetery in Kirksville, Missouri.

Visitation will be from 10:00 a.m. til 12:00 noon Wednesday at the Doss Funeral home in Edina, Missouri.

An expression of sympathy in memory of JoAnn Gossman may be left to the Edina Christian Church. A memorial may be left at or mailed to the Doss Funeral Home 208 N. 4th Street, Edina, Missouri 63537.