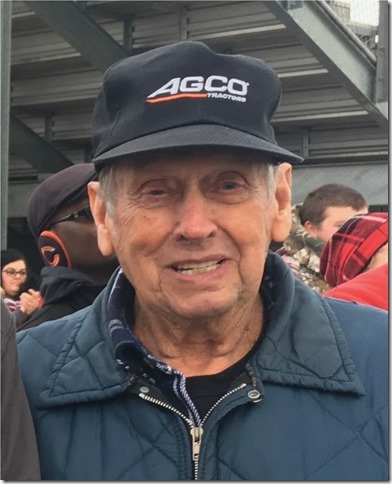 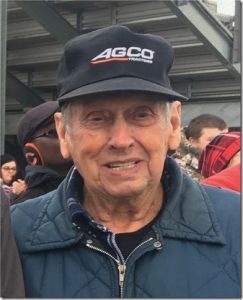 He was united in marriage to Wilma M. Ash on January 24, 1951 at the Cedar Grove Baptist Church south of Kahoka.

Survivors include a daughter, Christy Forquer of Olathe, KS; son, Jeffrey (Brenda) Forquer of Williamstown; two grandchildren: Bradley and Kelsey Forquer both of Williamstown; sisters-in-law and brothers-in-law: Jewel Ash of Wyaconda, Earlene Ash of Highland, IL, Hazel Crowe of Kahoka, Zelda (Rockie) Sturm of Kahoka and Doreen (Bill) Bergman also of Kahoka; as well as many nieces, nephews and other relatives.

Jesse was born outside of Williamstown in an area called Cooneyville and attended Crackerneck (Pleasant Hill) School through junior high.

Shortly after his marriage to Wilma, at the age of 20, he served in the army during the Korean war from 1951 through 1953.

Jesse was a hard worker all of his life and was born to be a farmer.

In order to provide for his family he worked long hours at Foote Mineral in Keokuk, IA and spent his off time farming.

At the age of 40 he received his GED and was promoted to Foreman.

After 33 years at Foote Mineral, he retired to full time farming.

He was also a master at fixing anything and everything; whether needing a mechanic, an electrician, a plumber, or a carpenter, Jesse could figure it out.

He was a faithful member, former Sunday School teacher, and deacon of the First Baptist Church in Kahoka..

He loved being on his farm, working with his cows, gardening, cutting and splitting wood for his wood stove, and looked forward to hay season every year.

Nothing brought him more joy than to have his entire family working the farm with him.

If he had to be indoors, it probably meant a Cardinals game was on TV.

He also enjoyed jigsaw and word puzzles, was a competitive card player, and loved watching Westerns.

He and Wilma were always familiar figures at any of their children’s and grandchildren’s events and their biggest cheerleaders.

Jesse was a strong, quiet man who lived his faith through everything he did.

From the beginning of his courtship and marriage, he became committed to his Lord and Savior Jesus Christ and to his Church.

Wilma was instrumental in bringing him closer to his faith.

Funeral services and military rites were held Tuesday, May 26, 2020 at 1 p.m. at the First Baptist Church in Kahoka with Pastor Chris Lind officiating.   Eulogist was Christy Forquer and scripture was read by Daniel Hodges.

Special music “Because He Lives” was provided by David Otte.  Congregational hymns were “In the Garden” and “Amazing Grace”.

Visitation was held at Wilson Funeral Home in Kahoka after 9 a.m. on Monday, May 25, 2020 with family receiving friends from 6-8 p.m.

Memorials are suggested to the First Baptist Church of Kahoka.

He served in a heavy mortar platoon with M Company, 38th Infantry, 2nd Division for seven months and thirteen days in Korea.

He attained the rank of Private First Class (PFC) (E-3).

He was inducted 2 February 1951, received an honorable discharge 31 January 1953 at Camp Carson, Colorado and returned to Durham, Missouri.

He then served in the Army Enlisted Reserve Corps (ERC) 1 February 1953 and received an honorable 16 October 1956.

The caissons have been muffled and the flag lowered for our comrade, who joined the staff of the supreme commander 19 May 2020.