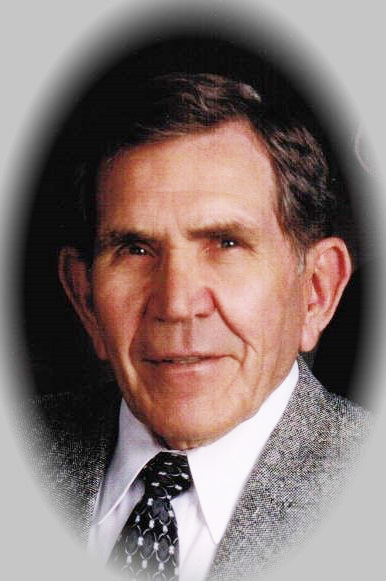 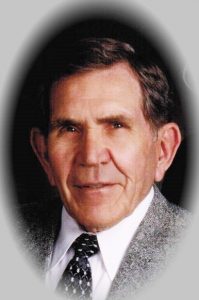 He was born May 3, 1927 in Revere, Missouri to the late Clarence Jasper and Elva Bernice (Laughlin) Daniel.

Lynn volunteered to serve his country in the United States Navy during World War II and was recalled to serve during the Korean War.

He earned a degree in business and economics from Culver-Stockton College in Canton, Missouri, putting himself through college partly by teaching in a one-room schoolhouse.

Working as a surety manager most of his life, Lynn was with Aetna for 19 years and USF&G for 17 years.

He then worked for Insurance Partners, a division of Hunt Construction, and served on the boards of ICI and two construction firms.

He was a member of St. Luke’s United Methodist Church in Indianapolis and Hiram Lodge #362 AF & AM.

Lynn succeeded in business through an incredible acumen about situations and people, and a deep sense of fairness and principle.

He cultivated many longstanding relationships within his field, and he took pride in the achievements of younger colleagues whom he mentored.

Behind all of this hard work was one overarching drive: to provide for the family that he loved beyond words.

His world revolved around his wife and daughter, whom he credited with enabling any success he attained.

Likewise, beneath his no-nonsense demeanor lay a generous spirit, a soft heart, and a belief in second chances.

Lynn was a great friend and teller of funny tales, collected from experiences during his rural childhood, his time in the Navy, and travels near and far.

May his spirit live on through the retelling of those stories.

Lynn was recently preceded in death by his beloved wife of 68 years, Helen M. (Kemmer) Daniel.

He is survived by his loving daughter, Sharan L. Daniel and son-in-law Robin M. Selk.

He is also survived by his dear brother, W. Gene Daniel.

Lynn will be laid to rest at Kahoka Cemetery in Kahoka, MO.

Memorial contributions in Lynn’s name are suggested to the City of Kahoka Cemetery Trust Fund.

Local arrangements are being handled by Wilson Funeral Home in Kahoka.

Online condolences are available at:  www.wilsonfuneralservice.com.