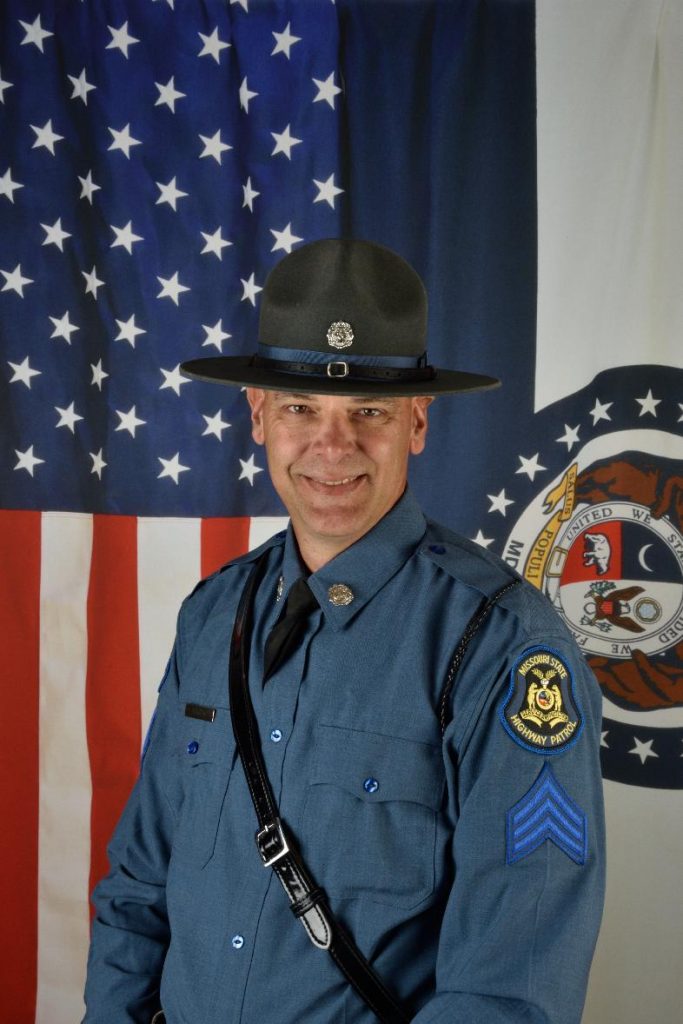 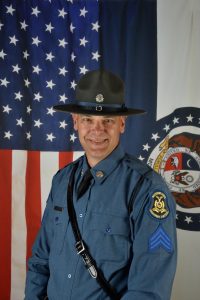 Captain James E. Wilt, commanding officer of Troop B, Macon, announces effective June 1, 2020, Sergeant Michael Kauth will retire from the Missouri State Highway Patrol after over 28 years of dedicated service.
Sergeant Kauth was appointed to the Patrol on January 1, 1992, as a member of the 64th Recruit Class. After graduating from the Patrol Academy, he was assigned to Troop B, Zone 6, Clark and Scotland counties. On January 1, 1997, he was promoted to corporal and designated the assistant zone supervisor of Zone 6. On August 24, 2003, he was promoted to sergeant and designated the zone supervisor of Zone 6. It is from this assignment that Sergeant Kauth retires.
Sergeant Kauth is a native of Easton, Missouri, and graduated from East Buchanan High School, in Gower, Missouri. He attended Northwest Missouri State University in Maryville, Missouri. He is married to Jennifer (Malone). They have six children and two grandchildren.
Far too many people die in traffic crashes each year in Missouri. The choices you make when you’re behind the wheel matter. Make good choices, so you’ll never have to say, “If I could just go back …”
Follow Troop B on Twitter for the most current news at @MSHPTrooperB