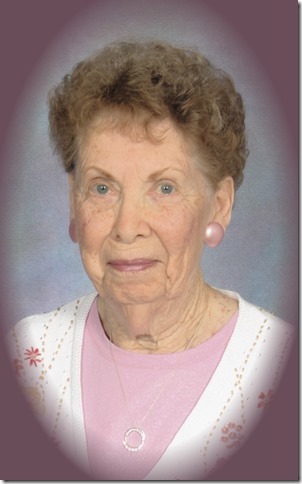 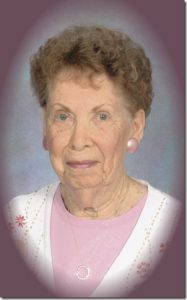 Barbara Jenkins, age, 94 of Kahoka, died Thursday, June 25, 2020 in the Clark Co. Nursing Home in Kahoka where she had been a resident the past six and a half years.

She was born June 20, 1926 at Boone, IA, the daughter of Oscar Millett and Margaret Franklin Sheppard.

She was preceded in death by her parents, her husband; two brothers, William Franklin and John Joseph Sheppard; and two nephews, Steven and Bruce Michael Sheppard.

Barbara graduated from Boone High School in Boone, IA in 1944 and American Institute of Business in Des Moines, IA in 1945.

She worked for several years in Des Moines, IA and then upon moving to Kahoka, she worked for Moore Business Forms and Family Services.

The past 70 years she has lived near and in Kahoka, MO where she was a member of the Bluff Springs UMC and Kahoka UMC and taught many years of Sunday School and Bible School.

She was a member of the Clark County Board of the American Cancer Society for 40 years, K-Ettes Extension Club, WOW group, Chapter AW, PEO, and was a member of the original P.L.A.Y. group which obtained land for O-MAK-O-HAK park and the swimming pool.

She and Ted enjoyed a great many winters after retiring in the Rio Grande Valley in Harlingen, Texas where they participated in many activities, outings and travel.

Barb continued to go to Texas and travel after Ted passed away.

Funeral services were held on Saturday, June 27, 2020 at 11:00 A.M. at Wilson Funeral Home in Kahoka with Pastor Franz Kinkhorst officiating.

Memorials in lieu of flowers, are suggested to the Kahoka United Methodist Church or the Clark Co. Nursing Home Activity Fund.

In her memory, Barb would like you to find a reason to laugh, to help someone less fortunate, and to perform a random act of kindness for a child.