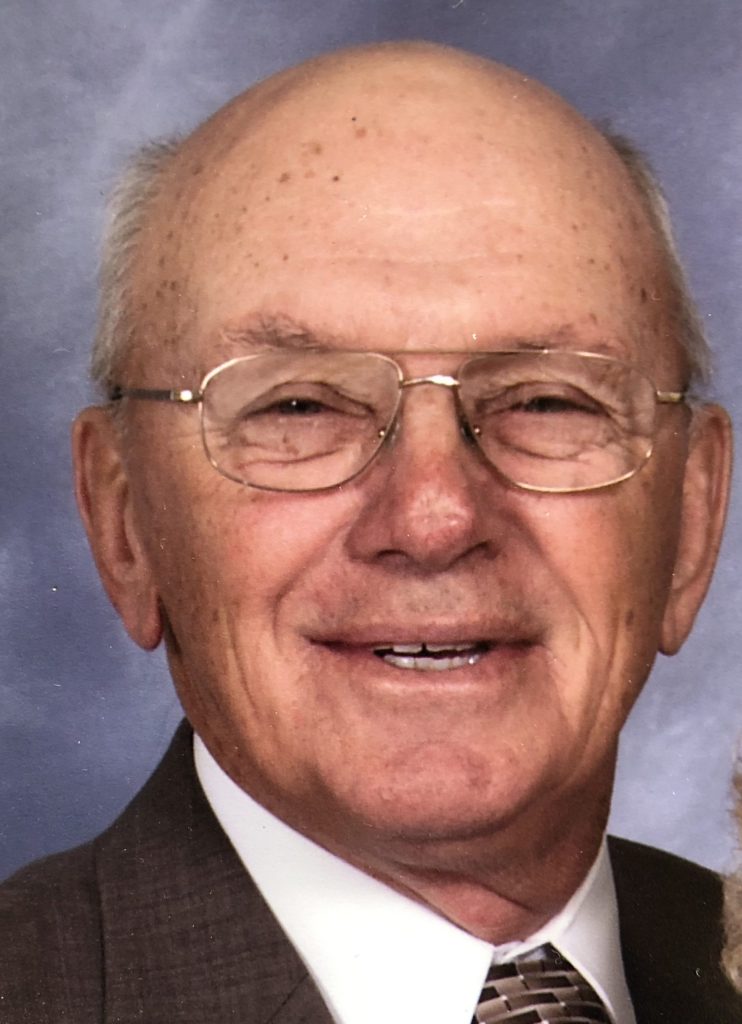 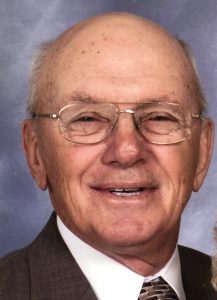 Clifford George Gares, 89 years old, entered heaven on August 8, 2020, just 15 days before his 90th birthday and on the day of he and Lola’s 71st wedding anniversary.

He attended country schools in the Anson, Mt. Sterling area and was taught by his oldest sister, Lola I, in 5th and 6th grade.

He lived with his Aunt Jessie Nixon while attending Kahoka High School and graduated in 1948.

Many memories were made with Aunt Jessie that can be told by Clifford, his siblings, and many cousins.

Clifford and Lola’s first married days were spent in LaGrange, MO, where Clifford worked on a farm and their first daughter was born.

They later moved to Antioch, MO, where he worked for Earl Hunziker, and along came three more children.

Their next move brought them to the Herbert Dinger farm in Kahoka, MO, where Clifford milked cows.

In 1959, they moved to their present farm southeast of Kahoka.

While farming, Clifford also drove an MFA oil truck for a year and then worked in the parts department for Wiss and Wiss.

In 1963, as he continued to farm, he began working for Hubinger’s in Keokuk, IA, riding to work with his brother, Harold.

Clifford and Lola built a new house on their farm in 1965.

They began attending First Baptist Church, in Kahoka, MO, in the early 50’s.

During their membership, Clifford served as a deacon and at one point a Sunday School teacher of teenage boys.

Over the years, Clifford and Lola enjoyed many road trips with close friends.

Clifford remained a faithful employee of Hubinger’s for 30 years retiring just before the flood of ‘93.

The highlight of his retirement was working for Harlan and Kevin Buford and going to Wiss and Wiss for morning conversation.

In 2015, Clifford and Lola moved to town while still keeping their home on the farm.

In 2016, Clifford moved to the Clark County Nursing Home where he had a lot of fun with staff until the Lord took him home.

Clifford was a kind, generous, hardworking man with patience which never wore out.

He was devoted to the Lord, family, friends, and his work.

He led by example and was a man of integrity.

He loved helping others and was always willing to lend a helping hand no matter what the task or cost to himself.

He was salt of the earth and never had a bad word to say about anyone.

He was forgiving and treated everyone he met with great kindness and respect.

His life was marked by hard-work, diligence, and resilience.

Even while working a full-time job and managing his farm, Clifford prioritized time for his family, friends, and local church.

His children and grandchildren never remember him complaining.

He was always thankful for what he had.

Clifford was a steward of the ground.

He took great care of his equipment, land, and livestock.

He was precise, meticulous, and careful in all his work.

He completed every task with excellence and made sure things were done right the first time.

He was also a skilled craftsman and could build anything. Regarding machinery, he preferred orange over green.

He and Lola were very frugal but loved to give generously.

Clifford also had a sense of humor.

He would unexpectedly say one liners to family, friends, (and later nursing home staff) that would leave you smiling or laughing.

He cherished his parents, siblings, and extended family as well.

Children and grandchildren all remember him sitting in his chair overlooking the pasture and reading his green Bible daily.

To the end, he remained faithful and supportive of his wife, family, and church.

His patience, kindness, sacrifice, skill, and diligence will be dearly missed.

Pianist was Mrs. Joyce Adams and hymns were congregational singing of “Because He Lives” and “In the Garden”.

Friends could call at Wilson Funeral Home in Kahoka from 9 a.m. until 6 p.m. on Tuesday, August 11, 2020 with no family present.

Memorials in lieu of flowers were suggested to the Clark Co. Nursing Home Activity Fund.